Routers keep advancing as the year goes by. The idea of a gaming router is mostly nonsense. When you break it down, there’s very little which makes a gaming router distinctly useful for gaming. But if you are still interested in getting this router, below is a detailed ASUS ROG Rapture GT-AX11000 Gaming Router. 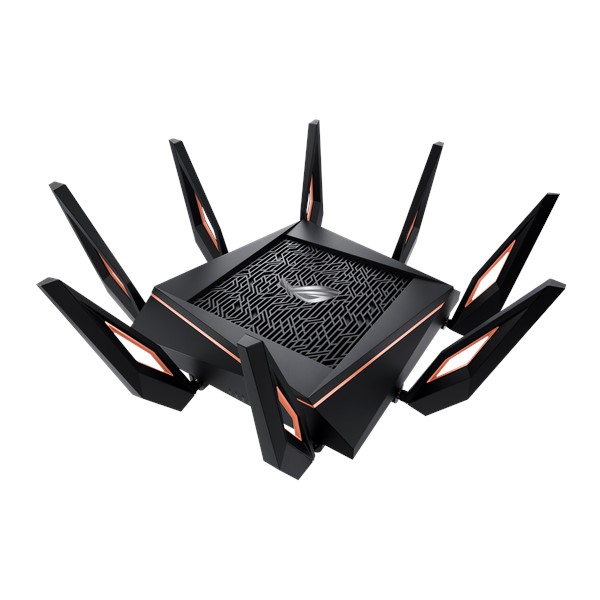 Take your online gaming performance to the next level with the ROG GT-AX11000 Tri-Band Wi-Fi Gaming Router from ASUS. Boasting a total aggregate data throughput of up to 11,000 Mb/s and eight external antennas, this tri-band router supports Wi-Fi 6 (802.11ax), a wireless standard that allows for data speeds up to 2.53 times faster than the Wi-Fi 5 standard.

Compatible with ASUS AiMesh Wi-Fi routers, the ROG GT-AX11000 supports 4 x 4 multi-user MIMO, which allows the router to transfer data with multiple devices simultaneously. The router also supports a series of ASUS technologies that help to ensure gaming data packets are prioritized on the network.

When it comes to ranking, a great connection to your game server is critical. Game Radar lets you check ping times to different servers before you play, so you can choose the best server and gain the competitive edge.

Lets you dedicate one 5 GHz band to gaming, so you can avoid competing for bandwidth with other devices on your home network.

Lets you run a VPN and an ordinary internet connection simultaneously, allowing you to enjoy maximum gaming speeds even if other network users need to use a VPN.

Capable of displaying hundreds of colours and multiple effects for a stylish vibe that matches other Aura-enabled gaming gear. Available effects include Static, Breathing, Color Cycle, Comet, and Flash & Dash. 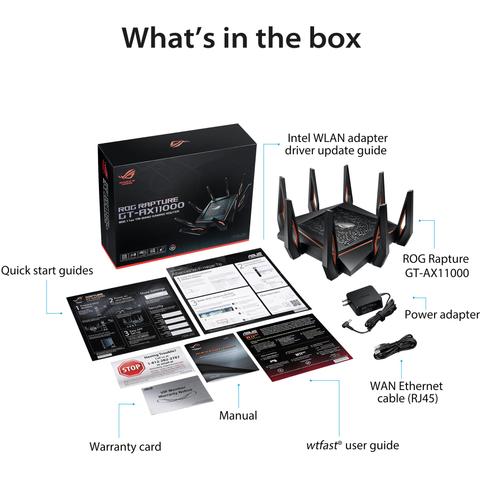 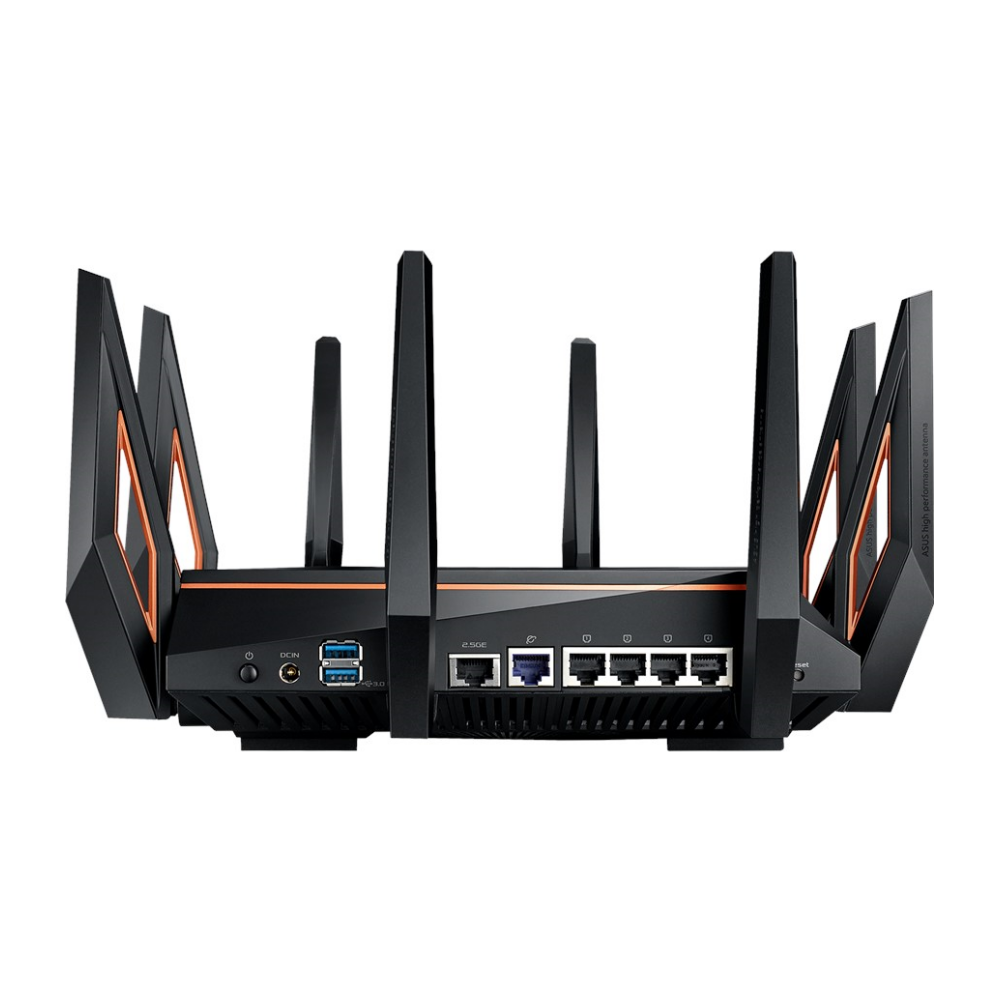 If you’re looking for downsides, the biggest negative aspect of this router is the cost. Premium equipment comes with a premium price tag, unfortunately.

This kind of equipment would be suitable for eight high-bandwidth wireless connections, and half as many wired connections. It’s hard to imagine many circumstances where that kind of power would be insufficient unless you’ve got a hundred people on your network.

Suffice to say, the gaming-oriented features make it a little easier to keep your connection smooth. That makes this router great for playing essentially any of the most popular games out there. Whether you’re into League, Diablo, or whatever game happens to be trending on Twitch this week.

Because the ASUS ROG Rapture GT-AX11000 is incredibly powerful. Like many powerful gaming PCs, not many people truly need this level of performance. But if nothing else, this kind of equipment does help ensure you probably won’t need another router for the next decade.