With the uprising and advancement in technology, gadgets have been produced to help you perform your laptops’ actions with ease. Laptops are more compact, easier to use, and generally just as powerful as their desktop counterparts. Here is a review of some of the best laptop vacuum cooling fans to improve performance.

When it comes to computer components, heat is their kryptonite. If they get too hot, your hardware has to slow them down to prevent damage. Laptop manufacturers have some pretty advanced cooling technology found inside their computers, but it’s not perfect.

There are two main reasons why our computers don’t stay as cool as we’d like them to be. The first is space. There is only so much space inside a laptop case, so the fans are usually as small as possible. The second is sound. Everyone wants a quiet laptop, so manufacturers always sacrifice airflow for silence.

Laptop cooling pads have been on the market for quite some time, but they’re not the best you can get. Vacuum cooling fans work on a unique principle. They can suck air through at a higher velocity than your stock cooling system by attaching to the air outlet. Some of these systems have boosted cooling performance by a significant margin. Is the difference noticeable to most consumers? How do you know if you would benefit from one? We decided to find out for ourselves. 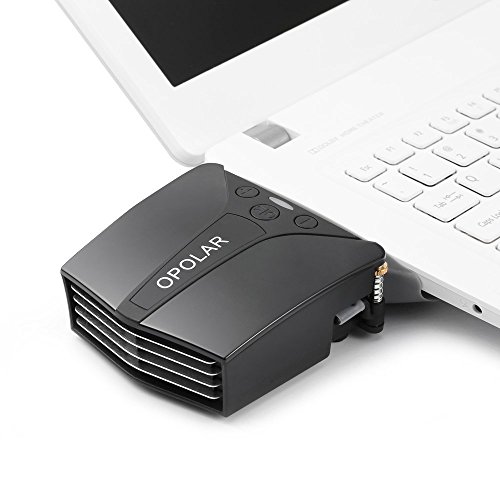 For several years, Opolar has produced several iterations of their laptop vacuum cooler in this industry. Historically speaking, they’ve often been one of the leading brands on the market. With their 6th generation cooler now available, we were curious to see how it improved from the previous model.

The most important thing with any cooling system is that the fan is firmly attached to the laptop. You want it to draw air exclusively through the vent and not just from the area around the laptop. This is where the Opolar stands out. There are three different models, each with a slightly different thickness. You can choose from 0.75 inches, 0.875 inches, and 1 inch.

This width should be matched with the thickness of your laptop. Extending from the side of the cooler is a large rubber sleeve that can be clamped onto the side of your laptop. When attached, it creates a perfect seal around the cooling port of your computer. This maximizes airflow, putting it ahead of many other vacuum coolers.

The only reason you would ever buy a vacuum cooler is that the fan inside is better than the one on your laptop. One of the main reasons we picked the LC06 is the fan itself. Manufactured in Japan, the bearings are built to a much higher standard than most. This means less noise and long term reliability. It’s rated for over 5000 hours of use, allowing it to last much longer than most laptops themselves.

But the most impressive part of this fan is the variable airflow. You can choose from 13 different speed settings, allowing you to find the perfect balance between sound level and airflow.

The exact numbers will vary from one laptop to another, but this fan is several times better than the one on our laptop. Most users won’t need to turn it up above 50%. 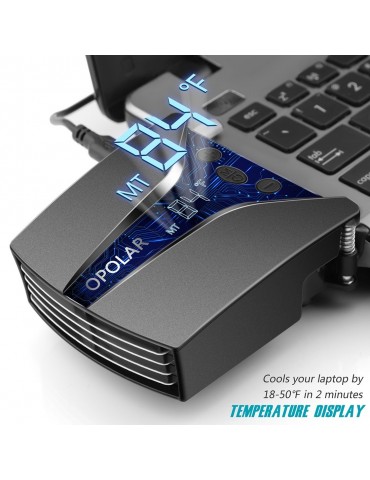 How does it perform in the real world? We tried it on the most massive laptop we had, a Dell M6600 with an i7 processor. This is a desktop replacement notebook, so it produces much more heat than your standard laptop. Under load, we were sitting at 71 degrees with the stock cooler. This temperature change can mean the difference between throttling and full clock speed, which was a pretty impressive result.

Although keeping our computers cool is essential, the last thing that any of us want is a fan so loud that we can’t hold a conversation. Anyone who’s worked in a server room before understands what we’re talking about. Fortunately, the Japanese fan is relatively quiet. At max speed, it only produces 70dbm, not much more than your typical house fan. But for most users, the noise level will be much lower since you’ll be running it at a slower speed. 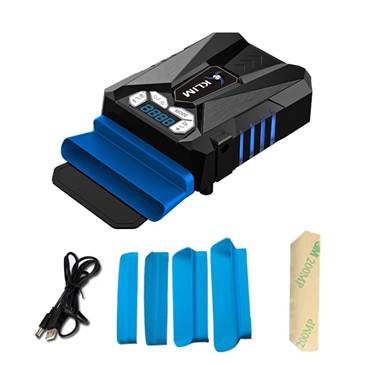 As an importer that sources their products from all around the world, KLIM knows how to take something good and make it great. Their gaming laptop cooler is similar in design to the Opolar mode, but a few unique features make it ideal for gaming laptops.

KLIM’s cooler is ideal for stationary laptops. Instead of using a clip-on bracket, it uses an included strip of 3M mounting tape to attach to the bottom of your laptop. The sleeve then fits over the port on the cooler, allowing it to clip into place.

The sleeve will stay on your computer at all times, but the cooler can be removed when you’re in a portable mode. This design gives a slightly better cooling performance, as fans always work better while on a flat surface. 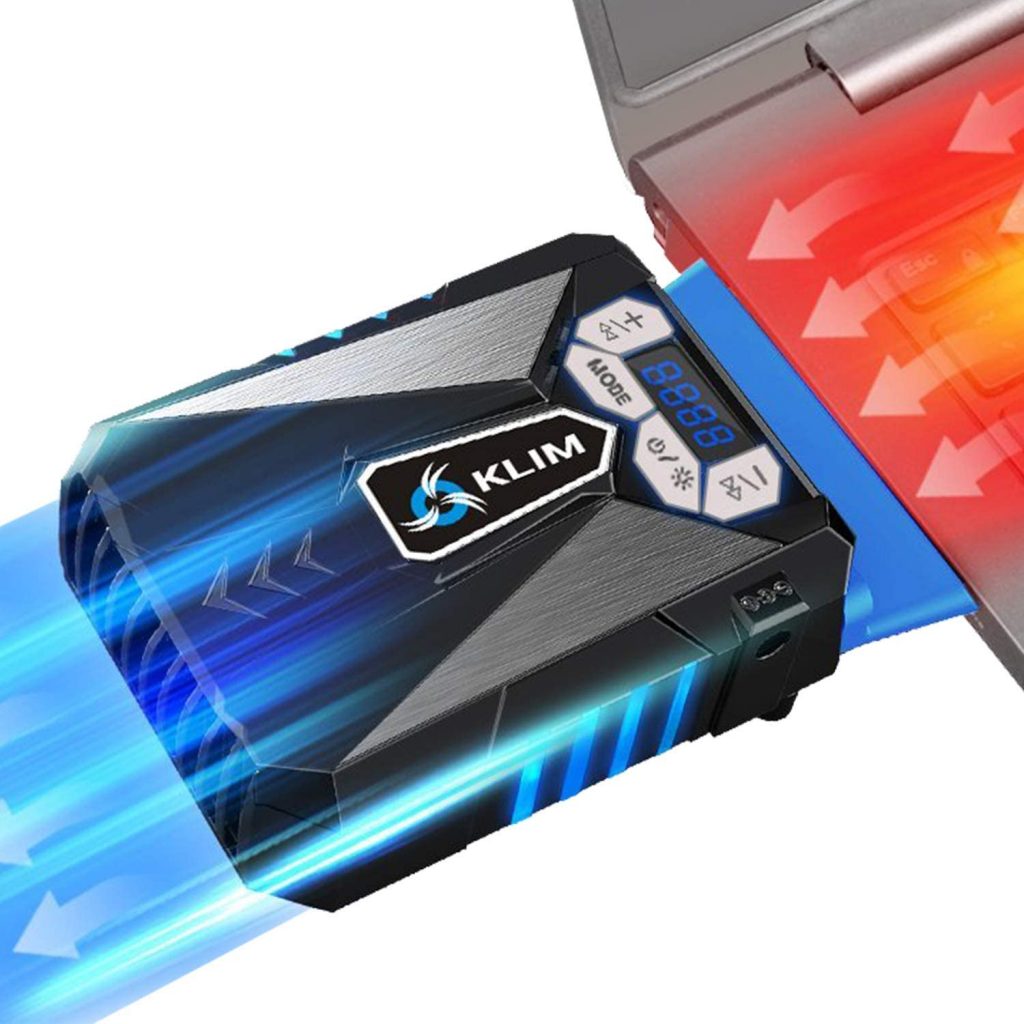 The fan on this laptop is a little more standardized but much more adaptable. It’s a variable speed that can be capable of speeds from 1500 rpm up to 4200 rpm. This can be dynamically adjusted on a linear scale to about a 10% accuracy. The hotter your computer gets, the faster the fan pulls air through the cooler.

As we expected, this cooler was one of the best performers we’ve tested. This could be due to using it on a desk since that is how it’s designed to be used. The same Dell M6600 dropped from 71 degrees down to 62. The one thing we noticed was that the hotter your computer gets, the better the fan works. This makes it ideal for anyone who is going to be asking a lot out of their computer. Gamers, video editors, and professionals who need the best performance possible should consider this model.

For most users, this is going to be a “set it and forget it” system. Just plug in the cooler, hit the power button, and let it automatically adjust the fan speed as needed. If you like to get into the nuts and bolts of things, you can manually set the rate. There are also several different modes you can choose from. One option reduces the noise, keeping everything quiet. 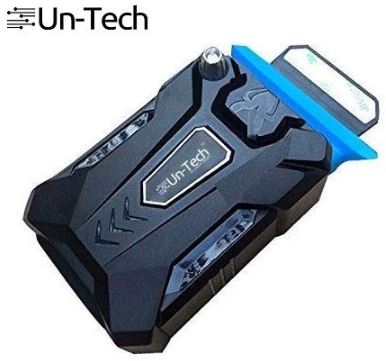 Not everyone is running a massive gaming powerhouse on their lap. Some of us are just looking for a simple way to keep our laptops cool. This is where UnTech comes in. Although this cooler uses the same technology as others, it’s been simplified to focus on ease of use over performance.

On the UnTech (Portable) Gaming Laptop Cooler, the sleeve is identical to the ones we’ve seen on the previous laptop cooler, although there is an extra size included. The slim sleeve is explicitly designed for ultra-portable notebooks, like the Macbook.

Inside of this cooler is a 75mm fan, which is slightly larger than you’ll find inside most laptops. It puts out a pretty consistent 75 CFM, a noticeable improvement over most laptops. The grills are evenly spaced out, so there is lots of room for the air to travel through. This reduced restriction path allows a smaller fan to push air more quickly, efficiently using the airflow path.

Considering this fan’s compact size, we were impressed to see that it dropped our CPU temp on our huge laptop by a surprising 6 degrees! This is under full load, in an environment that this fan isn’t designed to use. Just for comparison purposes, we decided to plug it in and let our laptop idle. When the external cooler is running slow, it’s almost silent. You can barely hear a thing. We can’t say the same for our built-in fan. This cooler will excel in an environment where you’ve got a more compact laptop, and the included fans just won’t cut it. It will give your system the extra boost it needs to perform. 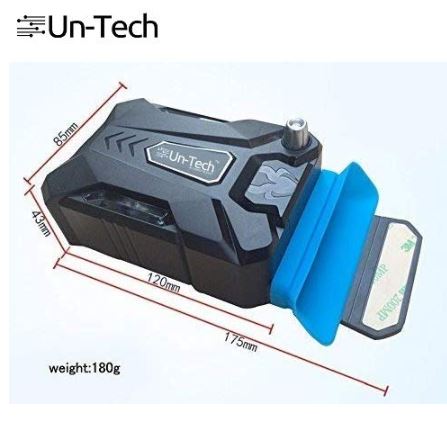 This cooler has a built-in temperature sensor, and an automatic speed control. There is nothing that you need to set or configure. Just attach it to your computer, plug it into the USB port, and let it do its work. Where simplicity is concerned, you won’t find anything better.

Which Laptop Vacuum Cooling Fan is Right for Me?

There are two factors to think about when selecting a cooling fan. You need to know what kind of laptop you have, and how you intend to use that laptop. Is it a large desktop replacement model? Or a compact one you take with you? Will you be using it on a desk, or your lap?

If you want a cooling fan that you can use with a laptop while you’re away from the desk, the Opolar is the cooler for you. It has a rigid clip that physically attaches to the computer, so you don’t have to leave it stationary on a desk. It’s adaptable, so it can fit almost any size of laptop. And the built-in controls let you choose from several different settings, keeping your laptop running the way you want it to.

If you want the best cooling possible on a stationary laptop, the KLIM (Innovative Cooling Design) Gaming Laptop Cooler has everything you need. Designed specifically for gamers and workstation users, this cooler makes no compromises, even when put in challenging situations.

Value simplicity? The UnTech (Portable) Gaming Laptop Cooler is as easy as it gets. Just attach it to the cooling port, plug it in, and let it do it’s magic. This cooler is the only model suitable for ultra-portable, although it can still be used with larger laptops as well.