Best Thermal Paste for 2021 Detailed Review and its Benefits.

Best Thermal Paste for 2021: Modern CPUs produce plenty of heat, especially when you’re doing computationally intensive tasks. How well you manage that heat will ultimately impact both the performance of your PC and the lifespan of your processor.

Even if you’re only interested in casual use, like browsing the web, having an effective approach to heat management is still in your best interests. And if you’re using a powerful processor and expect to put it to task, heat management can be mission-critical. 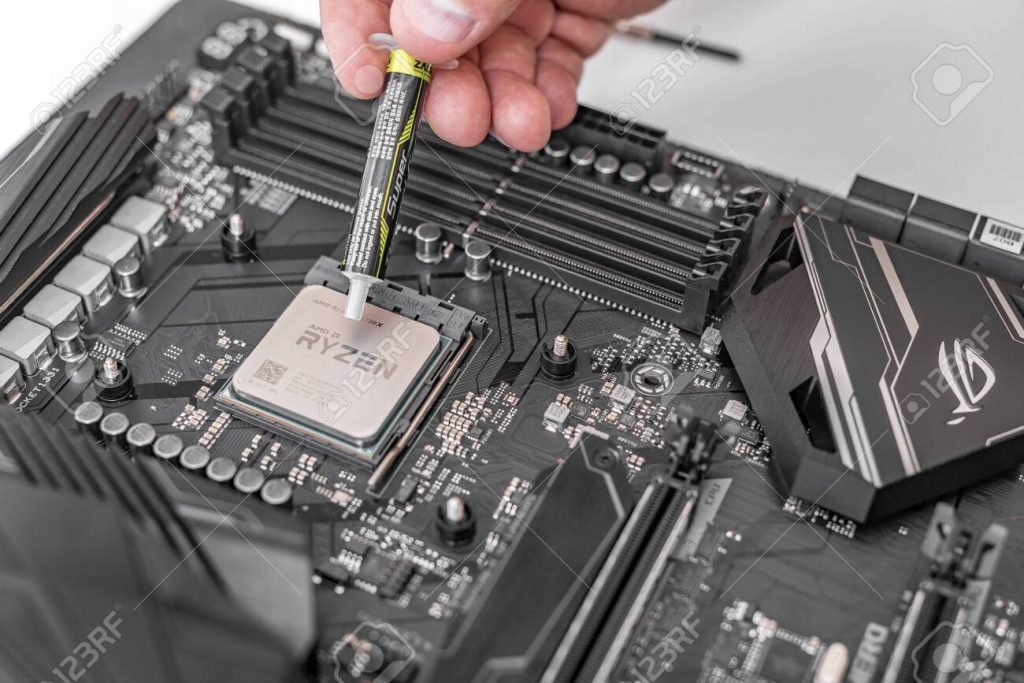 Choosing the correct thermal paste is about matching up with a paste that’s appropriate to the computer it’s being applied to, and to the skill level of the person doing the application.

For the most part, you’ll want to avoid liquid-metal pastes. Metal-based pastes are incredibly effective at dissipating heat, but they’re also dangerous for inexperienced users to apply.

Viscosity and Ease of Installation

The dangers of electrical conductivity aside, some pastes are physically easier to apply than others. Even if you’re an experienced builder, you’re going to want to know something about the viscosity of a paste before you try to apply it. Understanding the viscosity involved can help prevent you from squeezing out the wrong amount of paste.

If you’re only installing thermal paste on one or two processors, then you won’t have to worry about the availability of thermal paste. Virtually every thermal paste tube on the market will have enough paste to install a CPU.

But if you’re doing more than one humble installation, then you’ll want to take notice of the quantity of paste you get with your purchase. Some manufacturers provide enough to cover a dozen different independent installations. 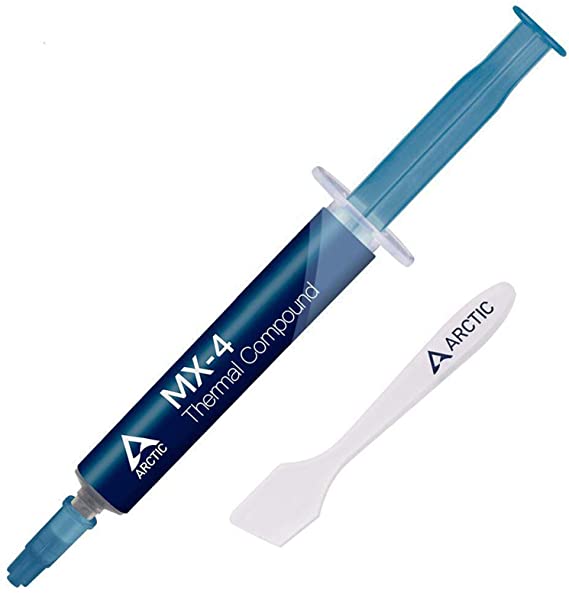 Anyone familiar with PC cooling will know the name Arctic. And their MX-4 scarcely needs an introduction, as one of the most popular thermal pastes in the world.

Artic has an exceptionally strong reputation for quality, and their thermal paste consistently benchmarks among the best thermal pastes in the world.

It’s also one of the most competitively priced thermal pastes on the market, making it an excellent choice for almost anyone.

MX-4 doesn’t contain metallic particles, so if you make a spill on your board there’s no need for panic. It could make direct contact with every pin on your CPU, and you’d only have to be worried about cleaning it up. Fortunately, even the risk of a spill is minor because of the soft consistency of the paste. 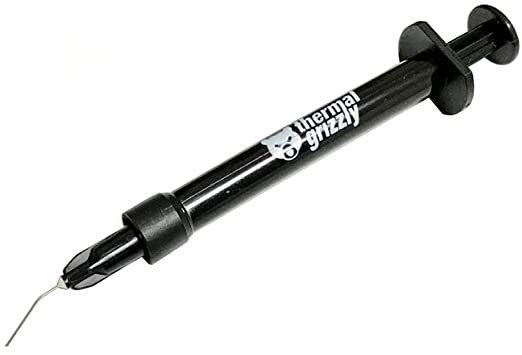 If you’re looking for multiple applications from your paste, you’ll want to look carefully at the Thermal Grizzly Conductonaut.

It comes in a spacious 1-gram syringe, which accommodates an accessible and steady application, and provides what could be called an amble amount of paste.

Relative to similar thermal paste syringes, this container is particularly long and needle-like. That makes it easy for razor-sharp accuracy when applying your paste, which can be ideal for applying thermal paste within cramped spaces.

The Thermal Grizzly Conductonaut tube includes enough paste for roughly eight full applications. While this brand isn’t exactly a household name, its paste does hold up to scrutiny.

It has an exceptionally high thermal conductivity, which is advertised as being 73 W/mK. But you don’t need to understand the units, all you need to know is this paste is made to put cooling first and foremost.

Anyone familiar with PC cooling will know the name Noctua. Their fans are widely regarded as some of the best on the market, and their thermal pastes live up to the same high standard.

The NT-H1 is a mixture of particles that’s unique to Noctua, helping them achieve their own unique signature stability.

And although the NT-H1 is inexpensive, it offers thermal performance that rivals the best liquid metal pastes in the world.

Noctua’s unique paste mixture isn’t electrically conductive. It’s also non-corroding, making it suitable for common copper and aluminum coolers. Within each tube of the NT-H1, there’s 1.4ml of paste, which is enough for more than a dozen full applications.

Noctua’s recommended storage is two years, which essentially means you’ll want to throw out the tube when you’re done. The NT-H1 is expected to last for 3-years of use, provided you keep your system running under 90˚C. 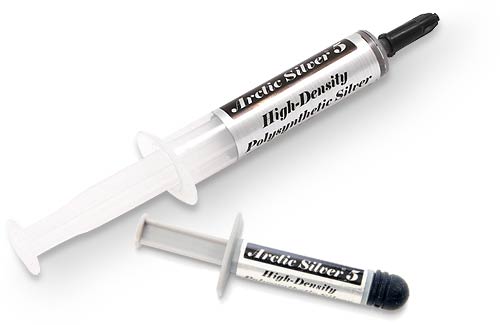 The Arctic describes the Silver 5 as a high-density paste, and it shows once you squeeze it from the tube. As the name suggests, the Arctic Silver 5 AS5 is composed of 99.9% pure micronized silver and is non-electrically conductive. That design allows for highly effective and lasting cooling, albeit with a slightly more difficult installation.

The 3.5-gram syringe will cover more than a dozen CPUs, or about half a dozen large CPUs, or two heat plates. All in all, you can squeeze out about 16 square inches of effective coverage from one simple tube.

The Noctua NT-H1 performs nearly as well as top-shelf thermal paste compounds, but at a fraction of the price. If you’re looking to save money on thermal paste and not suffer any performance repercussions, then the NT-H1 is a great choice.

The Thermal Grizzly Conductonaut is a good alternative to Noctua’s NT-H1. It has a similar thermal performance at a similar price but comes with a longer shelf life.

Although the NT-H1’s extremely high thermal conductivity will marginally outperform the Thermal Grizzly Conductonaut, the Conductonaut’s lasting power makes it a better choice for an inexpensive one-time application.

If you’re looking for high thermal conductivity and you don’t see yourself refreshing your thermal paste after in the years after you’ve applied it, then this paste is a good choice.

The Arctic Silver 5 AS5 is a good choice for people who are looking to apply paste to multiple CPUs. It’s a great way to get bang for your buck, providing effective cooling for an enormous number of surfaces before the tube is exhausted.

The oil-based paste is a little unusual, and its lack of silicone is somewhat reflected in the price. But it’s performance is marginally better than what you’ll find in less expensive thermal pastes. It’s a good choice for someone who doesn’t mind spending a little extra to get all the performance they can.

If lasting power is the most important consideration, then the Arctic MX-4 is your best bet. It’s safe and incredibly easy to install. It’s designed to last 8 years, which means your CPU will probably be outdated before your paste needs to be changed.

For someone who wants an inexpensive and reliable solution, the MX-4 is a safe bet.