Best Universal Laptop AC Chargers: Even with high-end tablets and powerful smartphones, nothing can replace our laptops. These fully featured computers are getting more powerful year by year, many of which provide performance that exceeds that of even a desktop computer.

But there is one area where mobile devices excel – charging. Most phones only take a few hours to charge, and the cables are almost universal. The choice is between apple chargers and Android chargers. 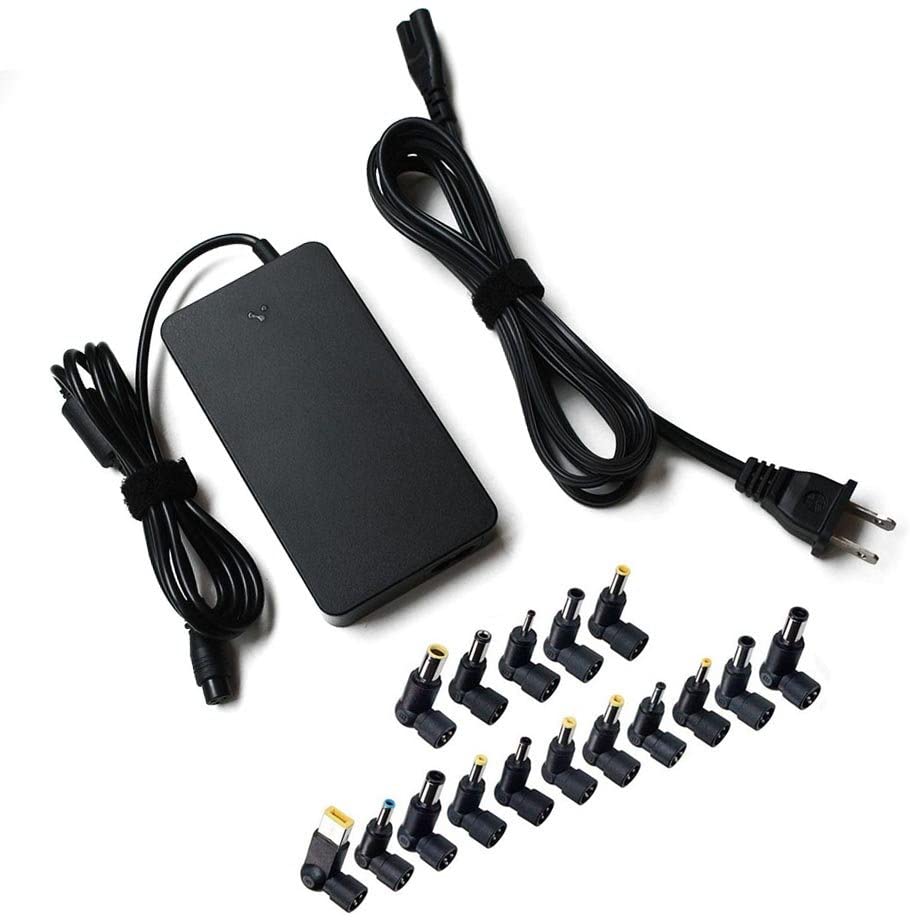 Several years ago, Belker started out by manufacturing specific OEM chargers designed to replace the exact model users needed. But their expertise in power supplies allowed them to develop a dynamically adapting charging circuit that could adapt to almost any load.

Whether you’re trying to charge a laptop, a television, or any other DC device, you can rest assured that Belker has a charger for you.

The Belker 90W Slim Universal AC Laptop Charger has an advanced transformer that is capable of handling anything from 100V to 240V. It does have a US plug, so it’s designed out of the box to work with 110V.

But it also supports 50HZ 240V connections, which is what they use in most of Europe. This means that if you ever find yourself traveling, all you need is an adapter that will change your US plug to the correct shape.

When it comes to output power, it’s not easy to build something that generates a smooth range of voltages. Products that can do this are called lab power supplies. They’re very large and generally costly.

Instead, Belker took the most common laptop voltages and created a circuit that can produce that specific voltage. This charger supports 15v, 16v, 18.5v, 19v, and 20v. It is capable of producing up to 90W.

To make this charger as universal as possible, they’ve included 18 different connectors for a plethora of different laptops. These connectors come pre-labeled identifying the brands of laptops they’re commonly used with. For 90% of users, you’ll have no problem finding the right one for your laptop. 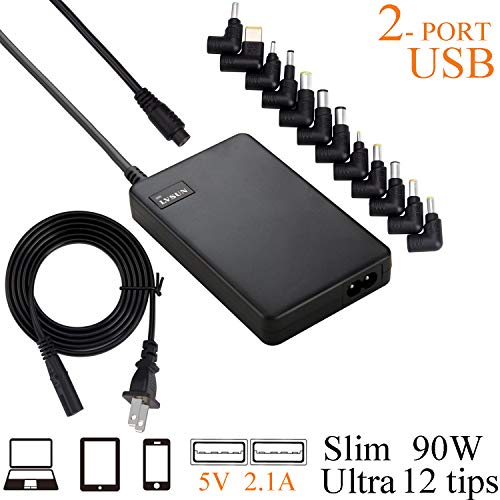 LVSun is a very large importer of foreign-manufactured electronics. In fact, this very same charger is rebranded and sold in stores for twice the price. For that reason alone, it’s a great value. But the icing on the cake is the extra features they’ve included.

The LVSun 90W Universal Laptop Charger is designed for the US market, so it will only accept 100 to 120V input. The range is still a little wider than some, so it will work if you’re running it off a generator or battery backup system. But if you’re planning to go traveling, it might not be the best option. But for use within north America, it’s everything you need.

This charger has an output range of 12 to 24v, in increments of 0.5 volts. Chances are, there are several voltages that aren’t going to be commonly used. But if you have an odd laptop that works off an uncommon voltage, this might be a good option for you.

The manufacturer only gives you 12 connectors to choose from, but they’re the 12 most common ones. These connectors alone should work with about 80% of the laptops on the market.

If you’ve got a Lenovo, HP, Dell, Toshiba, Samsung, Acer, or Asus notebook, you’ve for sure got a connector in here that will work. But you should double-check the exact connector to make sure. 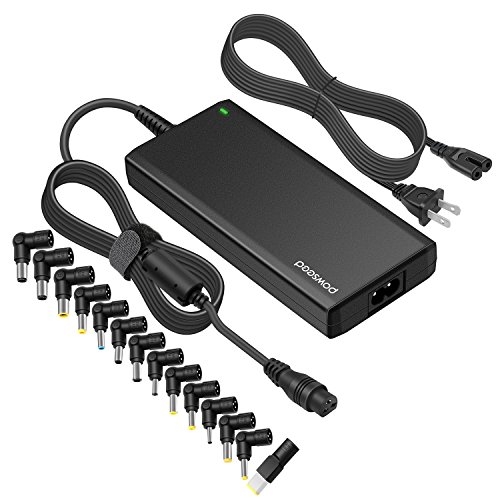 Powseed has been in the charger market for many years. They produce both high-quality OEM replacement chargers and these high-end universal chargers. They’ve got more products on the market than any other brand, making them one of the most all-inclusive solutions you can buy.

Other than the main power cord, the Powseed 70W Universal Laptop Charger is sold overseas. For that reason, it supports both 120V and 240V input power. This makes it a great travel buddy, and you know you’ll be able to juice up your laptop no matter where in the world you are.

Like most universal laptop chargers, this one is capable of producing a total of 70 watts of output power. If you aren’t sure how many watts your charger uses, all you have to do is multiply the input voltage by the current draw.

For example, a laptop that requires 19v and draws 3 amps would use 57 watts. The gross majority of laptops use less than 70 watts, so this model should cover you.

We picked this particular charger because it includes more tips than any other model on the market. With 20 to choose from, this one works with almost every laptop on the market. If you’ve been hunting around for a good universal charger and haven’t found one, this is the last one you should try.

Remember, very few laptops require more than 90 watts with the exception of desktop replacement notebooks. Your final task is to check the tip settings to make sure there is one that works with your computer. The first model we’d check is the Belker Slim Universal Laptop Charger. It’s got a very compact design and supports the most common models of laptops.

If you don’t find your connector and voltage on that list, give the LVSun Universal Laptop Charger a shot. It’s got two USB ports, so as long as you’ve got this on you you’ll never have to worry about having a phone charger again.

If you still haven’t managed to find a laptop charger that suits your needs, check out the Powseed Universal Laptop Charger. This has better support than any other model we’ve seen before, so if you can’t find your connector here it’s likely that you’ll have to buy a dedicated charger.