Canon EOS M100 Mirrorless Camera: Today we’re taking a look at something special. The Canon is arguably one of the most prominent companies in the camera market (although Nikon fans may disagree) and their M100 mirrorless camera looks to be pretty impressive.

Does this name brand camera outpace the cameras made by less popular manufacturers? To find out, we decided to try it out four ourselves.

The Canon EOS M100 ($599 with 15-45mm lens) is a mirrorless camera that gets a lot right. It corrects the missteps that Canon made with its first mirrorless releases, delivering speedy autofocus and solid image quality.

It’s one of the smaller mirrorless models on the market, with a big touch LCD that will appeal to smartphone photographers.

The included 15-45mm zoom is well matched, coming in at 1.8 by 2.4 inches (HD) and adding just 4.6 ounces. The entire package weighs less than a pound and, while it won’t fit in your pocket, it also won’t take up that much room in a bag.

The Canon EOS M system isn’t as well established as other mirrorless systems, so it’s important to consider what lenses are available. The included EF-M 15-45mm ($299.00 at Amazon) covers a solid range, wide-angle to short telephoto, but at a narrow aperture.

The M100 has the standard cocktail of wireless protocols, with support for Bluetooth, NFC, and Wi-Fi. Bluetooth is used to set the time and date, speed up the Wi-Fi connection process, and allow your phone to serve as a basic remote shutter release (without live view). NFC is included to automate pairing with Android devices. 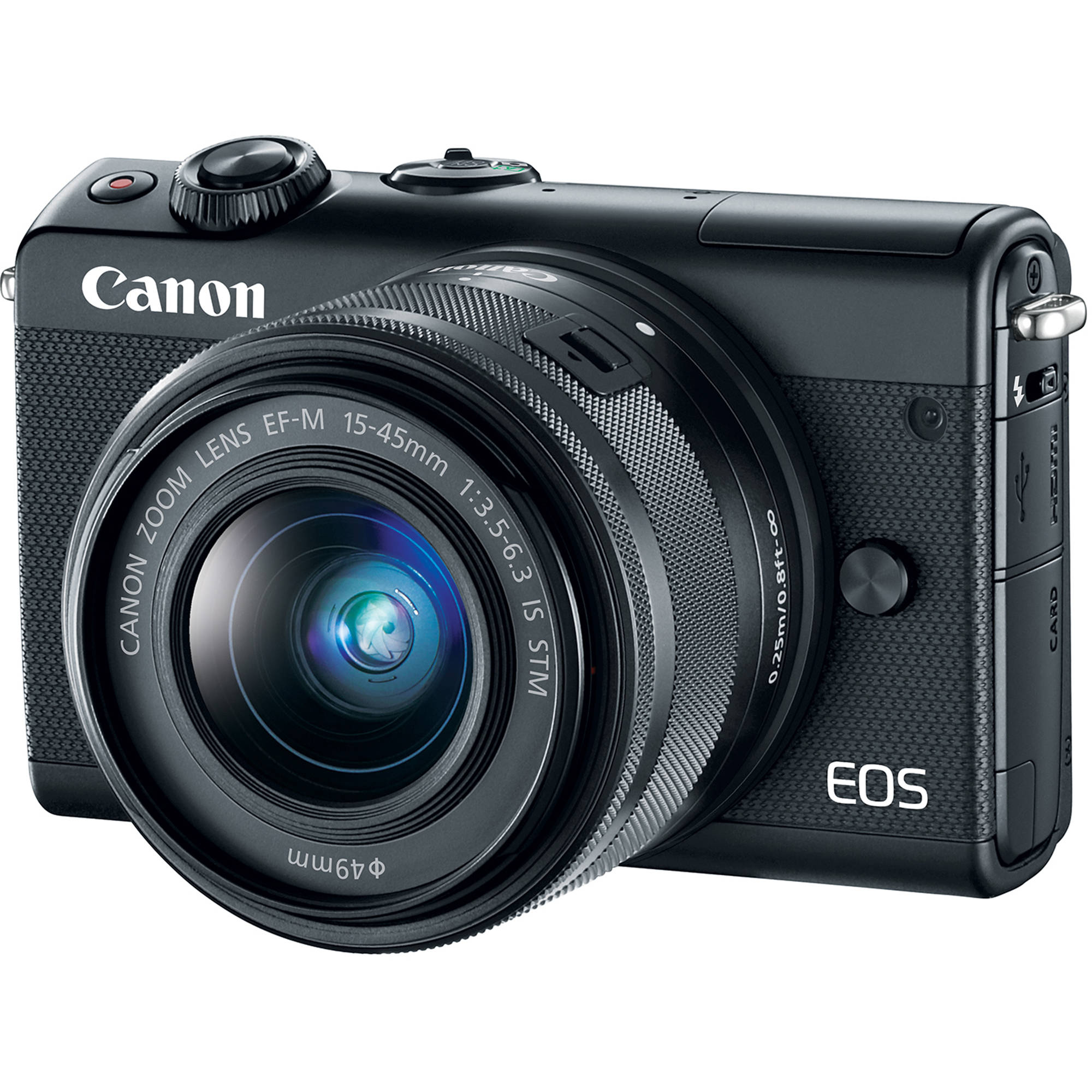 Early Canon mirrorless cameras were plagued by slow autofocus. That’s been fixed. The M100 locks focus in about 0.05-second in bright light and 0.7-second in very dim conditions.

There’s a bit of a lag starting up—the camera requires 1.3 seconds to power on, focus, and fire—but that’s not an obscene figure for a mirrorless model. Others, like the Olympus PEN E-PL8, are quicker, but only by about a half-second.

The M100 uses the same 24MP APS-C image sensor we’ve seen in other Canon SLRs and mirrorless cameras, dating back to the 80D. It’s a good sensor, with an on-sensor phase focus (Canon calls it Dual Pixel AF), which is why the M100 focuses faster than older models.

And because we’ve seen the sensor before, we know how the M100 should perform, and it meets those expectations. When shooting JPG images noise is kept under 1.5 percent through ISO 3200, and increases to just 1.6 percent at ISO 6400.

Cameras apply noise reduction to remove grain from JPG images, and the M100 is no exception. The ISO will range upward in dim light, especially with the kit lens, but it can go all the way to ISO 1600 without sacrificing image quality.

At ISO 3200, a setting the camera is likely to use in moderately lit interiors along with the kit lens, there is some smudging of fine lines. It’s slightly more noticeable at ISO 6400, which is how far the camera needs to go for more dimly lit home interiors. 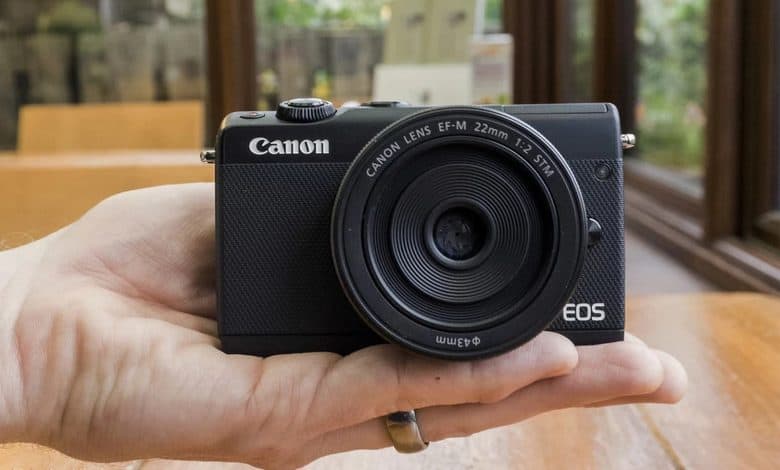 As time goes on, we’re seeing the lines be blurred between different camera types. The M100 blurs these lines even further. It’s a camera that is capable of producing professional-grade images but still has all the simplicity of a point and shoot. If you’re looking for the easiest and most affordable way to get great looking photos, the M100 is a fantastic option.

If you’re flexible on your budget, paying a little extra could get you the Fujifilm X-A3. This camera has many more complex options, making it a great choice for anyone who wants more. We recently did a review of this camera, so check it out if you feel that the M100 doesn’t meet your needs.