Galaxy S6 – Is your Samsung Galaxy battery dead or not charging? A bad battery can be a very frustrating issue and should be fixed as soon as possible. Check out this step-by-step guild on how to replace your battery yourself. 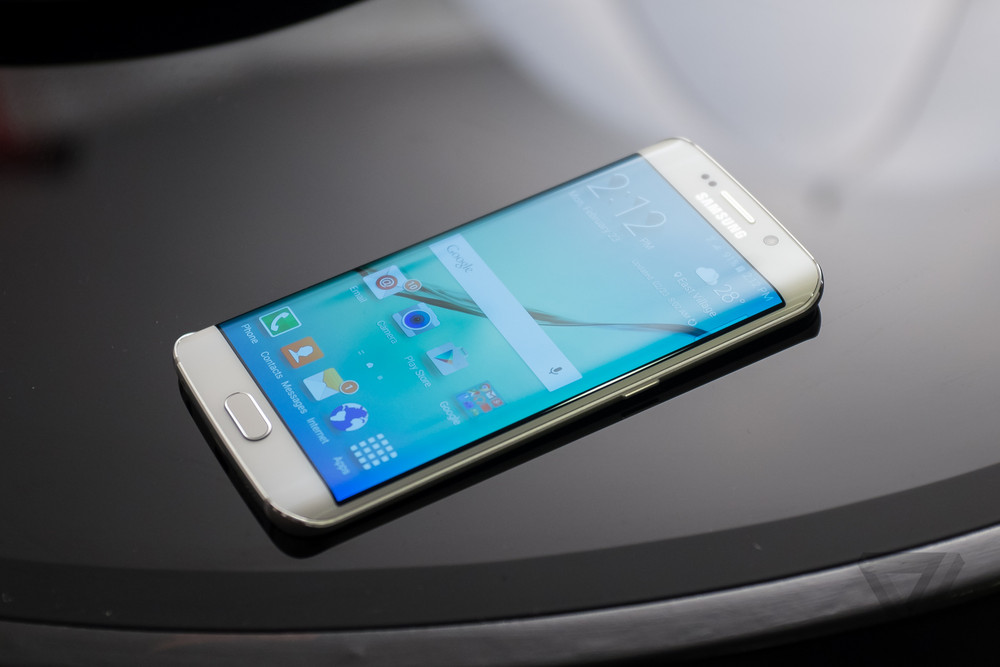 Before you begin with the removal of your Samsung Galaxy S6 battery, you should consider a few points in the preparation.

First and foremost, find a workstation that is bright enough and has enough space to remove and install your Galaxy S6 battery. Now you should place everything within reach.

This includes not only your smartphone and tools but also a hairdryer. You need this to open the case later.

Place a small bowl ready for you, where you can store items such as screws during removal and installation to help you through your Galaxy S6 Battery Replacement

Let’s delve right away into the steps required for Galaxy S6 Battery Replacement. However, before we do that, let’s take a look at the tools that will be required. 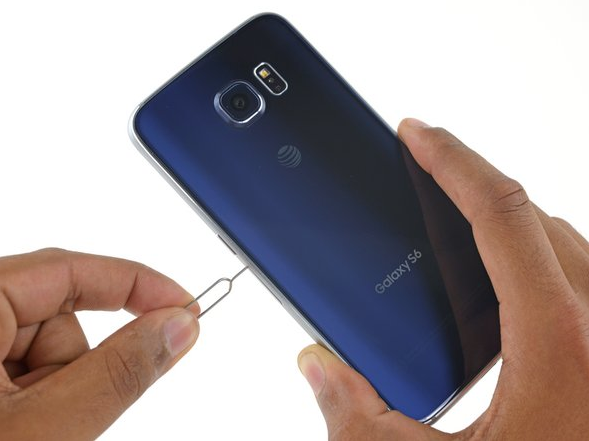 The first thing you must do is Insert a paper clip or SIM eject tool into the hole in the SIM card slot on the power button side of the phone. Press to eject the SIM card tray.

Insert a paper clip or SIM eject tool into the hole in the SIM card slot on the power button side of the phone. Press to eject the SIM card tray.

Note!!! Don’t press too hard or you may damage the SIM card tray.

We recommend that you clean your microwave before proceeding, as any nasty gunk on the bottom may end up stuck to the iOpener.

Place the iOpener in the center of the microwave.

For carousel microwaves: Make sure the plate spins freely. If your iOpener gets stuck, it may overheat and burn.

Throughout the repair procedure, as the iOpener cools, reheat it in the microwave for an additional thirty seconds at a time.

Be careful not to overheat the iOpener during the repair. Overheating may cause the iOpener to burst!!!

Never touch the iOpener if it appears swollen.

If the iOpener is still too hot in the middle to touch, continue using it while waiting for it to cool down some more before reheating. A properly heated iOpener should stay warm for up to 10 minutes.

Opening your phone will compromise its waterproof seals. Have replacement adhesive ready before you proceed, or take care to avoid liquid exposure if you reassemble your phone without replacing the adhesive. 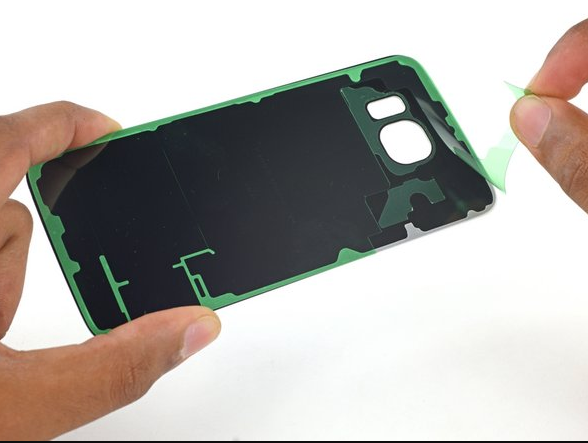 Take note of these important facts.

A hairdryer, heat gun, or hot plate may also be used, but be careful not to overheat the phone—the OLED display and internal battery are both susceptible to heat damage.

Once the rear glass is hot to the touch, apply a suction cup near the bottom edge of the glass. 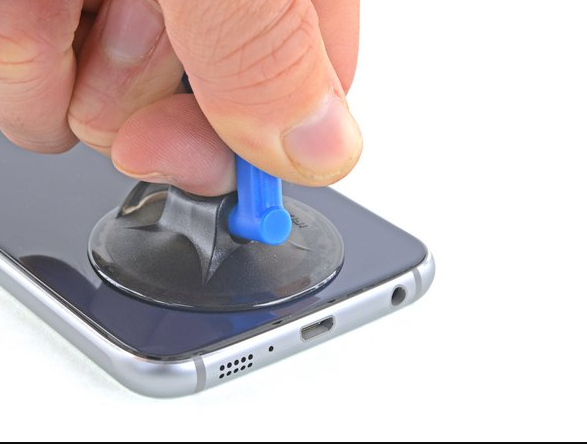 Slide the pick along the bottom edge of the phone to slice through the adhesive securing the rear glass.

Afterward, it may help to leave the pick in place and grab a second pick as you proceed to the next step. Leaving the pick inserted can help prevent the glue you just separated from re-adhering.

Re-heat the rear glass as needed to prevent the glue from cooling and hardening.

TO INSTALL NEW REAR GLASS GO THROUGH THE FOLLOWING: 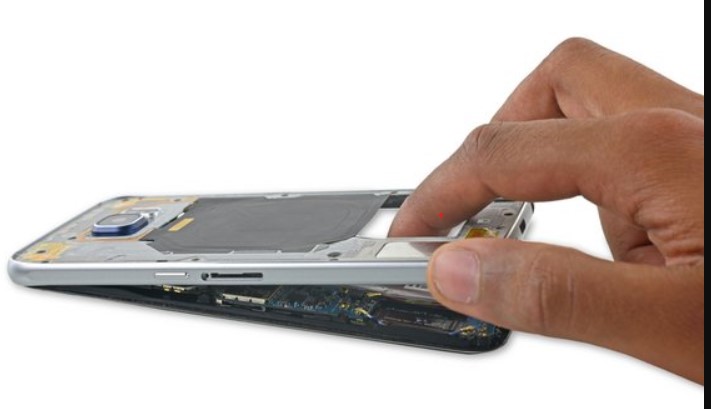 Be careful not to accidentally insert the opening pick between the glass and display.

Lift the midframe assembly up to separate it from the rest of the phone. 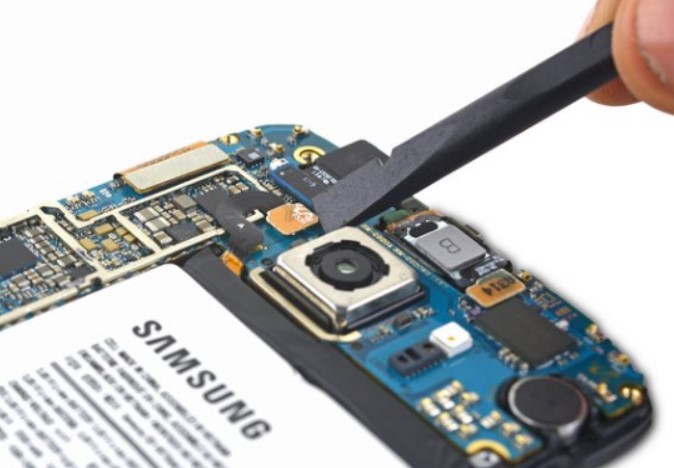 Use the flat end of the spudger to disconnect the battery connector from its socket on the motherboard.

Step 14: Dealing with the Battery 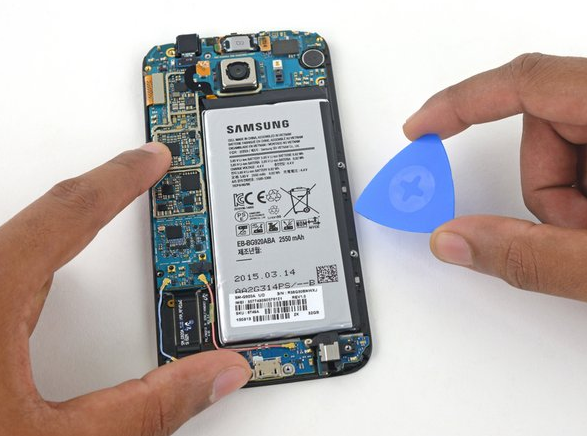 Do not pry against the motherboard or you may damage the phone.

Follow these instructions to install a new battery and adhesive!

If you want to reassemble your Galaxy S6, follow these guides in reverse order. When reinstalling the rear glass, refer to the rear glass adhesive replacement guide, and do so for all others

After completing this guide, calibrate your newly installed battery.

Feel free to share these guides if you found them useful! And also don’t forget to check here for more amazing articles.