The Defender IP2KCB1 offers adjustability that’s just a tad higher than you’ll find from a typical IP camera. The lens can move about freely, allowing it to view basically the full area around the camera. 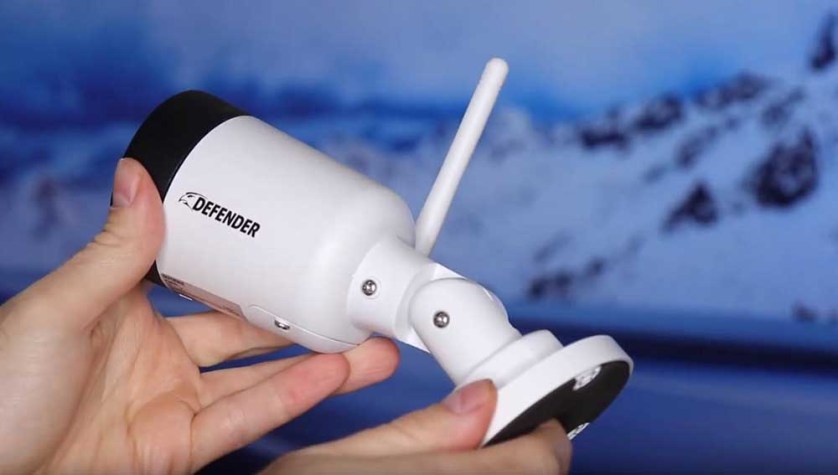 The second element where the Defender seems to come through is with respect to its value proposition. In a price to performance comparison, it’s pretty clear this camera packs a lot of things into one unit.

The third element where the Defender really succeeds is with respect to its ease of use. Installing the camera is about as simple as can be, even if you’re doing a more applied and permanent installation.

Of course, the Defender can’t do everything, and depending on your needs, you might be better off with something a little more subdued.

Physical Design of the Camera 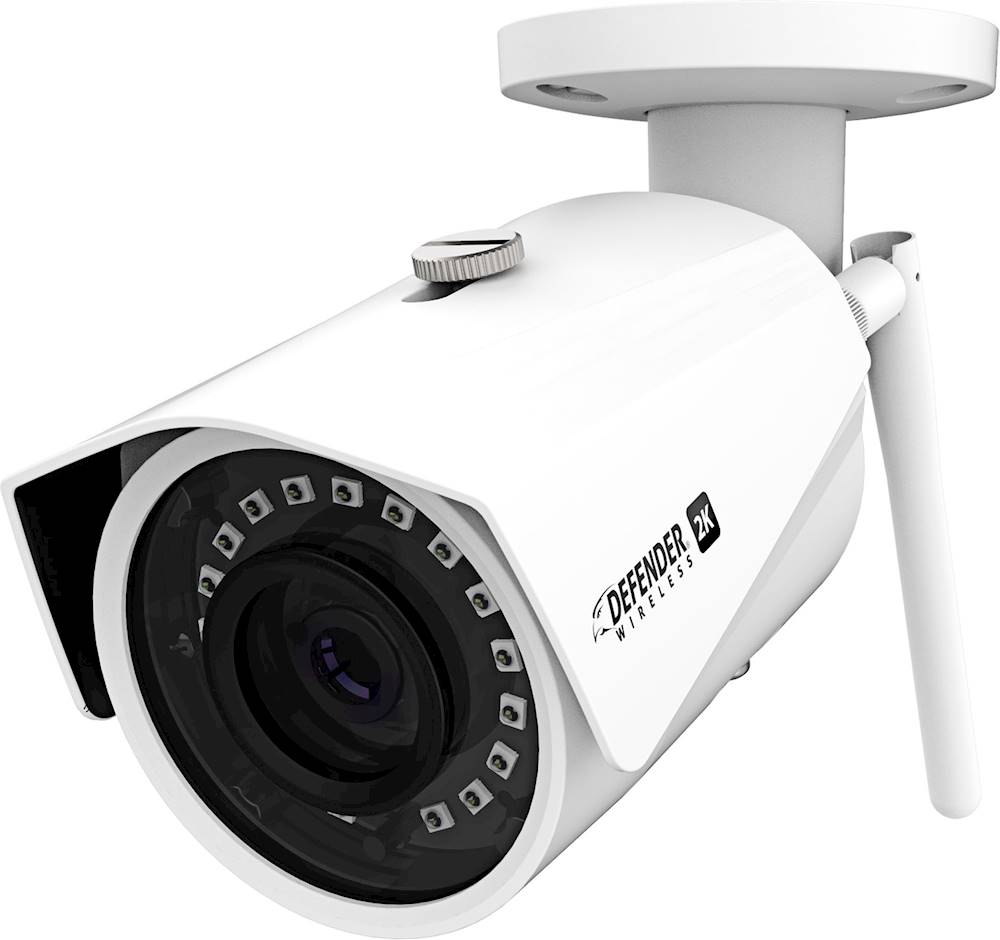 There are a few exceptions, the lens is glass and technically could be broken, but it’s been designed to be totally waterproof. In total, the camera measures about 10 x 5 x 4 inches.

That makes it a tad bit longer than similar cameras. That’s because of the hood, which helps to cover the top of the lens from rain and other weather phenomenon.

Since this is an outdoor camera, the larger size is pretty much inevitable for a waterproof design. Actually, the entire camera was made to be waterproof, as evidenced by the IP67 rating.

Though that rating doesn’t allow this camera to survive through being submerged, it can handle basically everything else.

Getting the Defender in position is almost as simple as installing a PC monitor. Of course, when you’re trying to install a camera up in a really awkward spot, there can always be a little bit of difficulty.

However, the process is probably comparable to the difficulty of installing a new light bulb into a light fixture.

It may be strange to use the Defender IP2KCB1 for an indoor application.

IT was made with so much waterproofing and outdoor-oriented features.

But if you really wanted to do it, you could make it work. The software is actually no more difficult to manage than the physical installation, either. Which brings us to a consideration of the app.

Provided you’ve got your Defender setup properly the app makes it very easy to keep in touch with what’s happening in the area around your camera.

You can do that with a live feed option, or a variety of different mobile alerts.

Whether you’ll be able to take advantage of the mobile alerts really depends on how well you setup the customization for the camera’s sensors within the app.

It’s actually possible to do a variety of basic and advanced things, like change where the camera is looking based on the time, or change the motion detection threshold to be more or less sensitive. 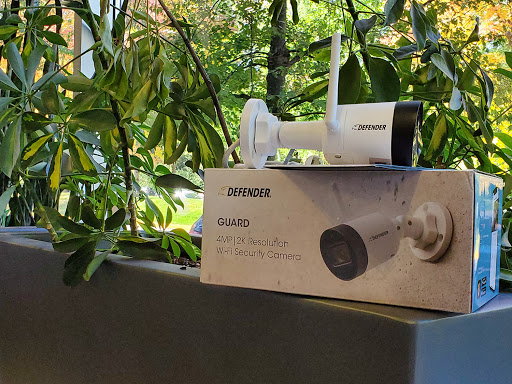 With respect to installation, you’re basically looking at a plug and play device. With one caveat, if you’re going to be installing this thing up in a high place, then there’s always some natural degree of difficulty involved with that.

But really, it’s not much more difficult than screwing in a lightbulb.

Which allows you to essentially plug and play the camera.

Of course, it would be a little odd to use this as an indoor camera. Because it’s been given such impressive waterproofing protections, and those don’t come cheaply.

However, if you did want to setup the Defender as an indoor style camera, there’s no reason why it wouldn’t work just fine in that role.

If anything, the wide view of the lens would excel in wider rooms. 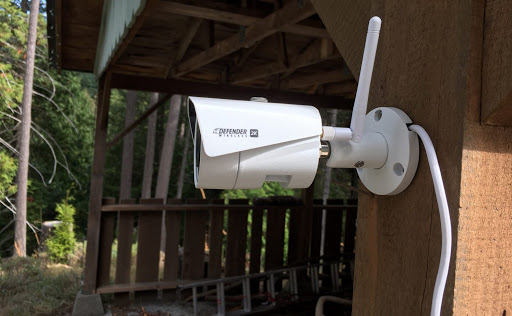 Not everybody needs 2K support. Especially if you’re someone who’s trying to cram tons of data into a small amount of storage space. Because the difference between 1080p and 2K isn’t only resolution, it’s file size.

You’re going to end up with recorded files that are roughly 30% larger than what you’d get with 1080p content.

But provided you’re not dealing with severe storage limits of some kind, the Defender IP2KCB1 certainly has a lot to offer.

It’s probably a good choice for someone who sees the appeal of higher resolution content, but isn’t ready to go as far as 4K.

And though 2K content probably isn’t necessary in the strictest sense of the word, it does look much better when displayed on a modern TV. 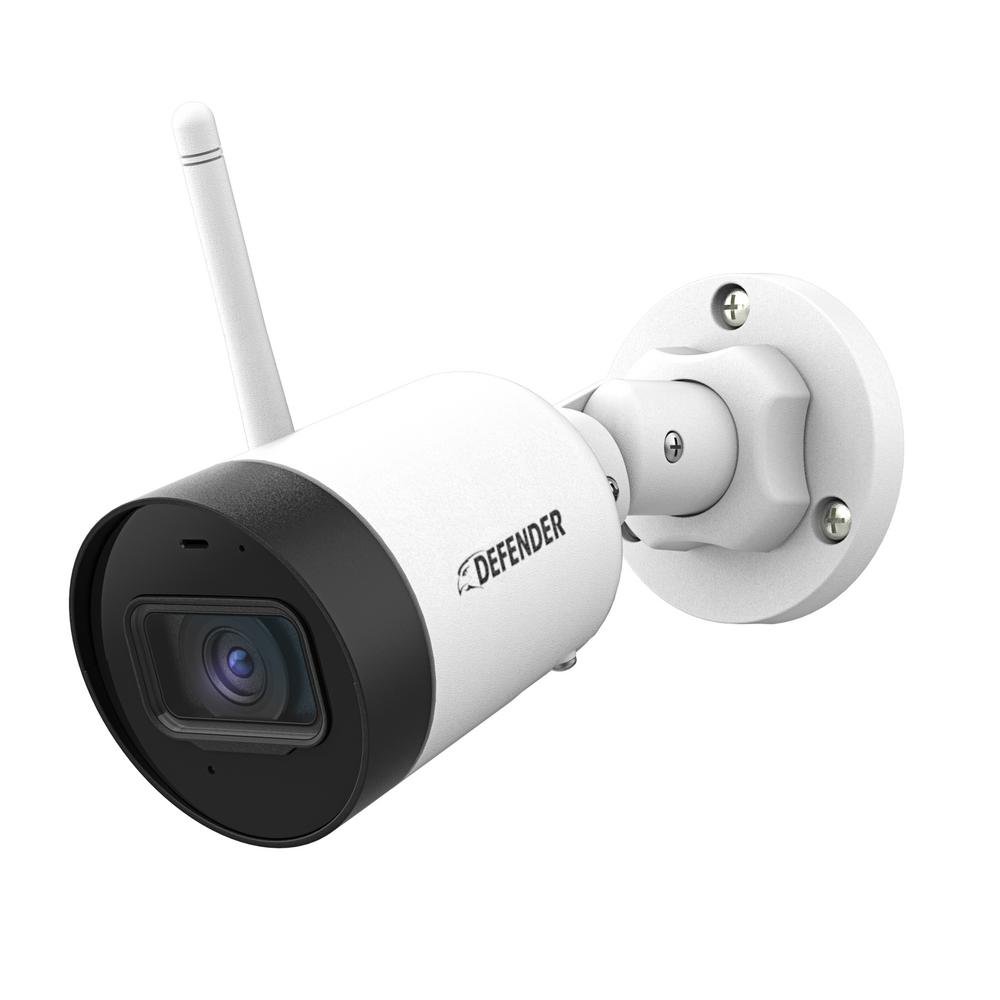