Fujifilm FinePix XP120 Waterproof Digital Camera: When smartphones first hit the market, dedicated point, and shoot camera sales plummeted. But while you were out filtering your favorite Instagram shots, the camera industry kicked it into high gear and started producing top-notch products that blow away anything sold in a smartphone in many areas. 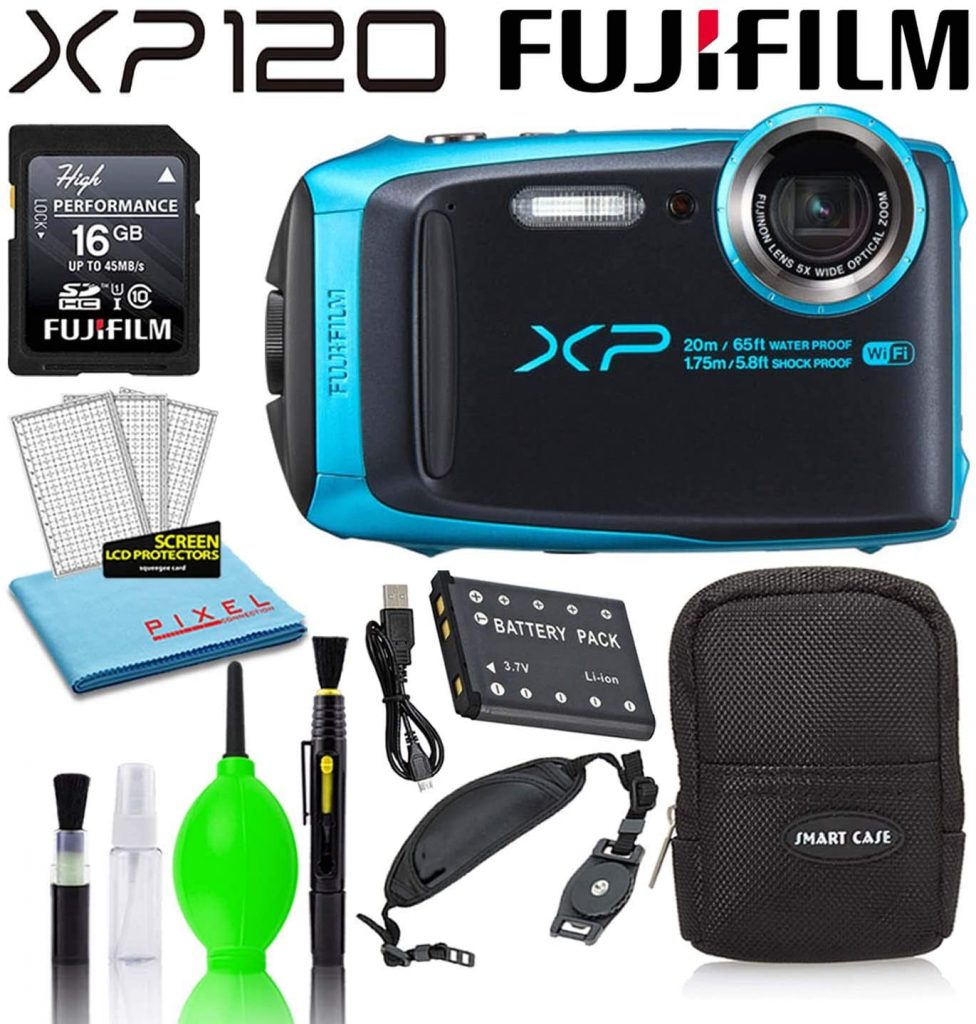 Generally, we’re taking a look at cameras that have more powerful image sensors and produce better-looking images. Recently, we had the opportunity to take a look at a camera that is designed to be used in conditions that your typical cameras aren’t able to go.

The FinePix XP120 is sold as a fully waterproof camera that can withstand complete submersion and intense weather conditions.

While most modern technology is moving toward the whitewashed look of modern architecture, it’s refreshing to see something directed towards the general consumer marketplace that still has a little edginess to it. The brightly colored frame and rubber surround embody how tough the camera is, without making it unnecessarily bulky.

The camera does have a slightly retro edge in the sense that it’s done away with the increasingly common touchscreen and replaced it with a set of well laid out buttons. This makes sense, because even the high-end multi-touch displays tend to fail when wet – the exact conditions this camera is designed to be used in.

Everything about this camera screams “rugged.” While many parts of the camera are made from plastic, Fujifilm used a very high-quality material that is smooth to the touch but didn’t have any give.

The front of the camera is, for the most part, decorative.

One of the most impressive features was the quality of video this thing is capable of taking. When you’re shooting in full 1080p, the images are just as clear and sharp as the photos.

But the kicker is the fact that it takes video in 60 frames per second. If you’re watching your clips on a 120-hertz television, you’ll notice that the video appears to be very smooth.

The camera comes equipped with an image sensor that shoots images at a respectable 16.4-megapixel resolution. Even if you’re getting large images printed up, you’ll still find the images to be as crisp and clear as they look on your computer. Daytime performance is excellent, with very little discernible noise or distortion.

You’ll want to pair the camera with an SDHC card of your choice, up to a maximum capacity of 128gb. Generally, we’d recommend picking up a WiFi-enabled SD memory card, but with this camera, you don’t have to! It’s got

WiFi sharing built right in, so you can automatically have all of your photos sent to your mobile device.

One of the coolest and most exciting features that we discovered was its ability to connect with Fujifilm’s Instax Share-SP-2 Photo Printer.

Although probably not a necessity for everyone, this lets you wirelessly transfer the images you shot on the XP120 and instantly print them right on the spot.

If you’re don’t already have on laying around, remember to pick up an inexpensive 32GB memory card, or higher if you feel it to be necessary. 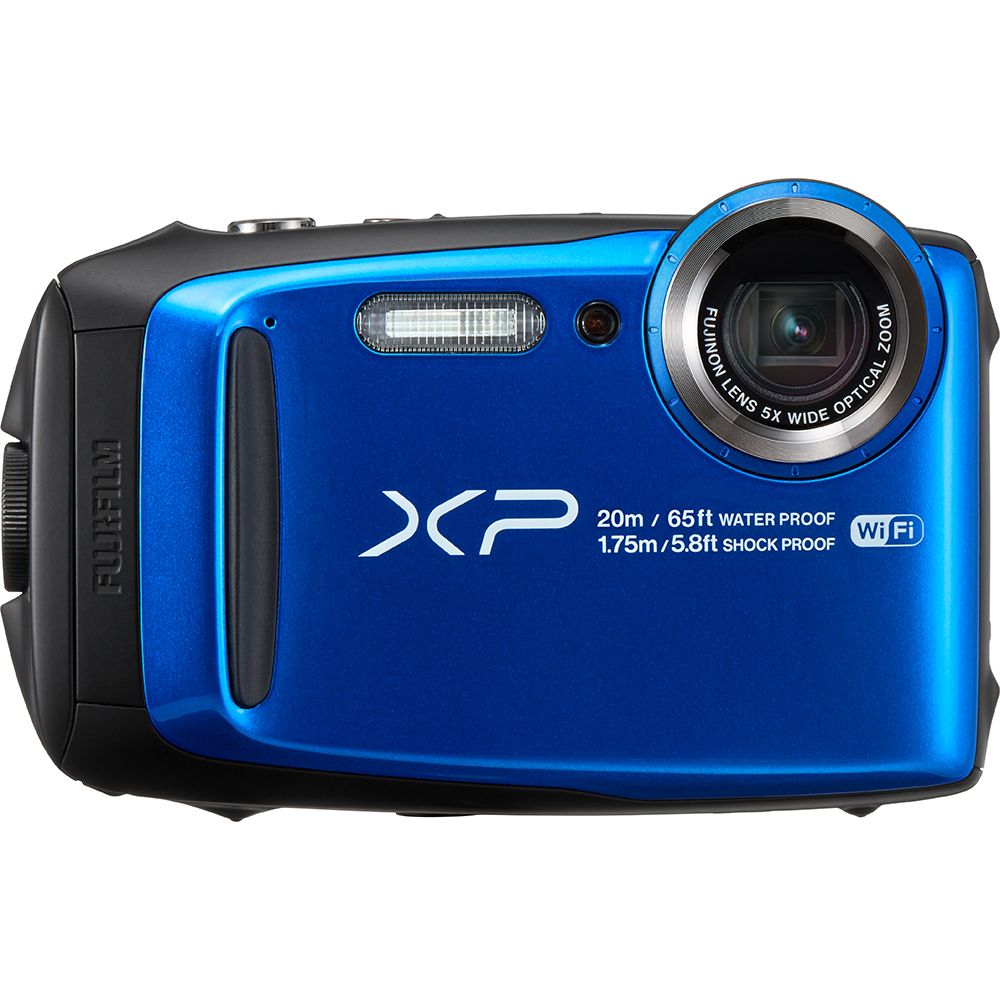 We have to say, we were quite impressed with the FujiFilm FinePix XP120. There are many on the market that are sold as waterproof, but very few that we’d actually feel comfortable with intentionally submerging.

But this camera is capable of going so deep that you’d likely begin to experience uncomfortable levels of pressure without scuba gear.