The FinePix XP90 is a 16-megapixel camera with 5x optical zoom and a 35mm-equivalent focal length range of 28mm-140mm. The new Fuji XP90 is one tough cookie, waterproof up to a 50 foot depth, shockproof from 5.8 feet, freeze proof to 14 degrees Fahrenheit, and dustproof. 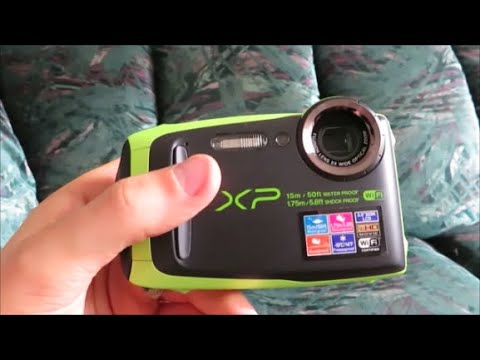 The FinePix XP90 replaces last year’s XP80 to become FujiFilm’s flagship (and since the discontinuation of the XP200, only) toughened and waterproof compact camera.

As is often the way with new compact cameras, the XP90 isn’t actually all that new.

The only significant improvement made to the Fujifilm FinePix XP90 is a new 3-inch, 920k-dot LCD screen. Its extra features have been seen before on the XP80, but they are fairly extensive. 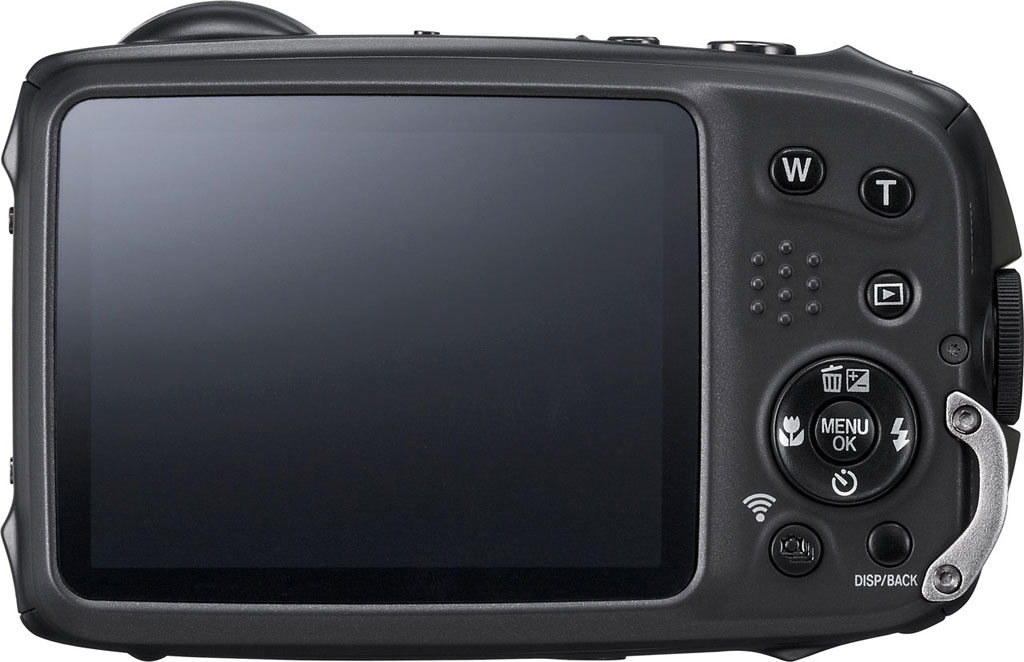 Apart from a few minor styling tweaks, the XP90 looks almost the same as the XP80 . It’s unabashedly made of plastic, yet the build quality is high and there are no flexing or obvious weaknesses.

The only minor problem we have when we are very nitpicking is the clearly visible bulge of the lens, which is a magnet for dents and scratches if you drop the camera.

We also have little to say about the ergonomics of the XP90. You have good grip at the front and back.

However, the video and playback buttons are very small and especially the latter is difficult to press when wearing gloves.

During our Fujifilm FinePix XP90 review we took all the photos with the 16 megapixel JPEG setting, which gave an average image size of 7MB.

It is no surprise that the FinePix XP90 with its outdated sensor and image processing does not offer the best image quality.

Even during normal daytime conditions, there isn’t much detail and fine landscape foliage is smeared more than we would expect from a 1 / 2.3 sensor.

It is only the physical dimensions of the images that clearly show the megapixel count of the sensor.

It’s unashamedly plastic, though the build quality is high and there’s no flex or obvious weak points.

The only slight issue if we’re nit-picking is the prominent lens bulge, which is a magnet for chips and scratches if the camera is dropped.

The XP90’s ergonomics are also hard to fault, with a good sized front finger grip and a textured thumb rest on the back.

Even the shutter release is textured so it’s easier to press when underwater, however the video and playback buttons are very small and the latter is especially tricky to press when wearing gloves.

Front of the Fujifilm FinePix XP90 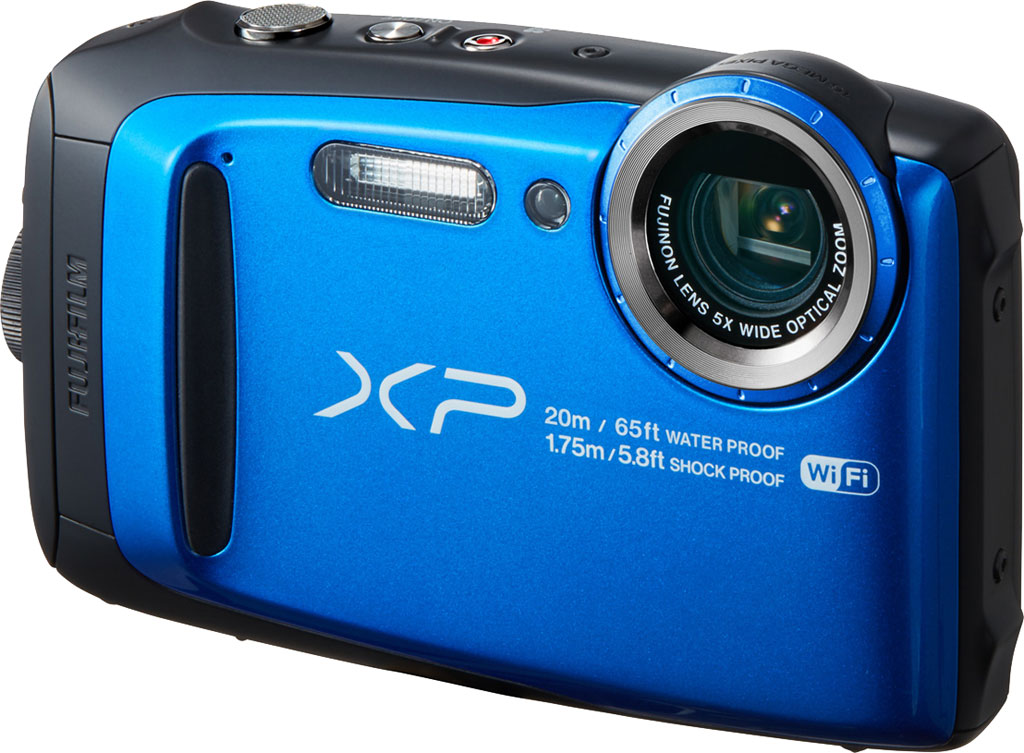 With so many pages of camera options, it isn’t easy to remember where to find any one setting. Splitting the camera’s settings into additional categories would make for faster, more logical camera control.

It’s also a pity that there isn’t a separate menu containing frequently used camera settings to avoid entering the main menu for almost every function change.

Alongside the new screen there are two buttons for controlling the XP90’s 5x optical zoom, which is unchanged from the XP80 and provides an acceptable

Rear of the Fujifilm FinePix XP90

The interval timer allows you to set the Fujifilm FinePix XP90 to record images over a duration of up to six hours, with shots fired every 3, 5, or 10 seconds, up to a minimum frequency of 10-minute intervals.

It’s a useful feature for shooting time-lapse sequences, and if you select the Time-Lapse Movie option from the main menu, the XP90 will convert the recorded images into a video with a resolution of up to 1920×1080 and a frame rate of 60, 30, or 10fps.

That won’t be enough to power lengthier time lapse sequences, and it’s not really enough for normal shooting, especially when compared with the Nikon Coolpix AW130 that’ll manage 370 shots per charge. 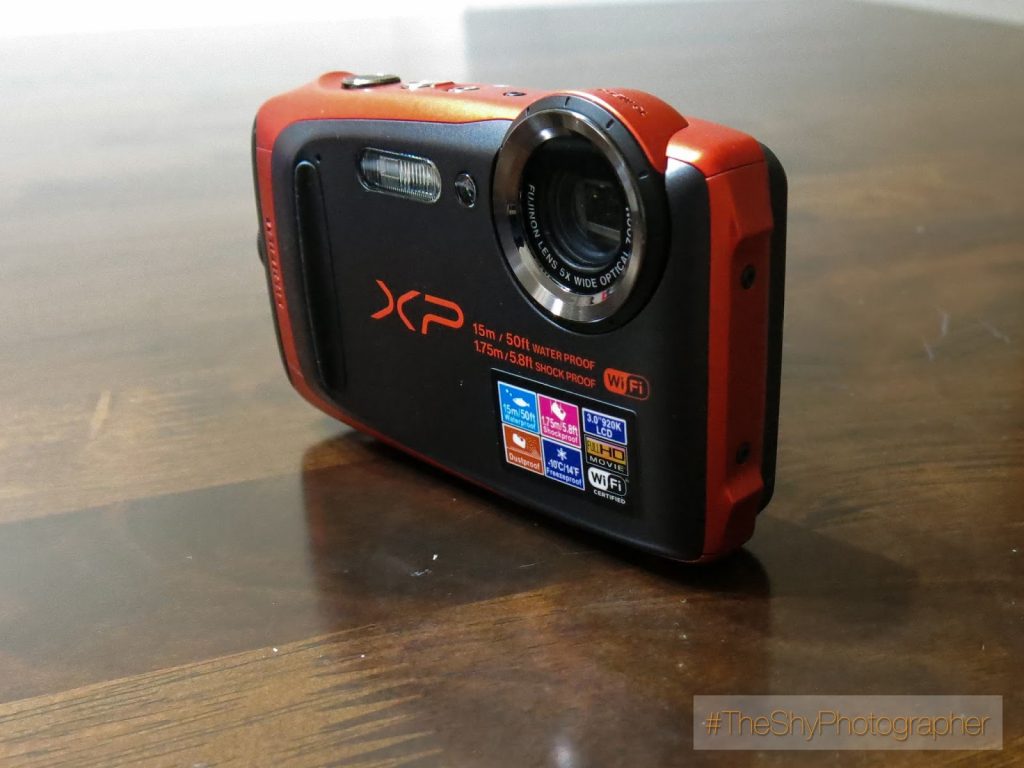 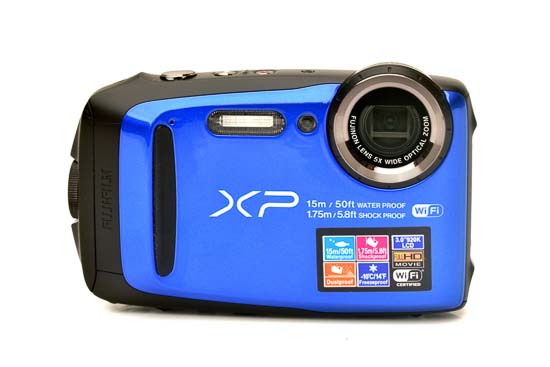 The FinePix XP90 captured flash shots that were fair. In our distance test, we found the camera’s flash could illuminate most subjects that are closer to the camera, but had some problems with distant subjects.

The lens also has wide-angle (28mm) capability that’s useful for landscapes and group portraits, although you may notice a bit of distortion when you’re shooting faces up close, for instance.

This is an important feature; taking hand-held shots at the telephoto end of the zoom range can generally blur or soften images due to the slight movement of your hands

Shooting telephoto in well-lit scenes, this model did an excellent job of minimizing the effects of camera shake.

In low-light settings, it performed well but sometimes produced blurry photos. Overall, the shake reduction results from our tests were very good.