Fujifilm Instax SQ20 shoots with Instax Square film that provides larger prints than the traditional Fujifilm Instax Mini films.It can capture clear and sharp images, use a number of post-production tools to make them unique, and then print them instantly 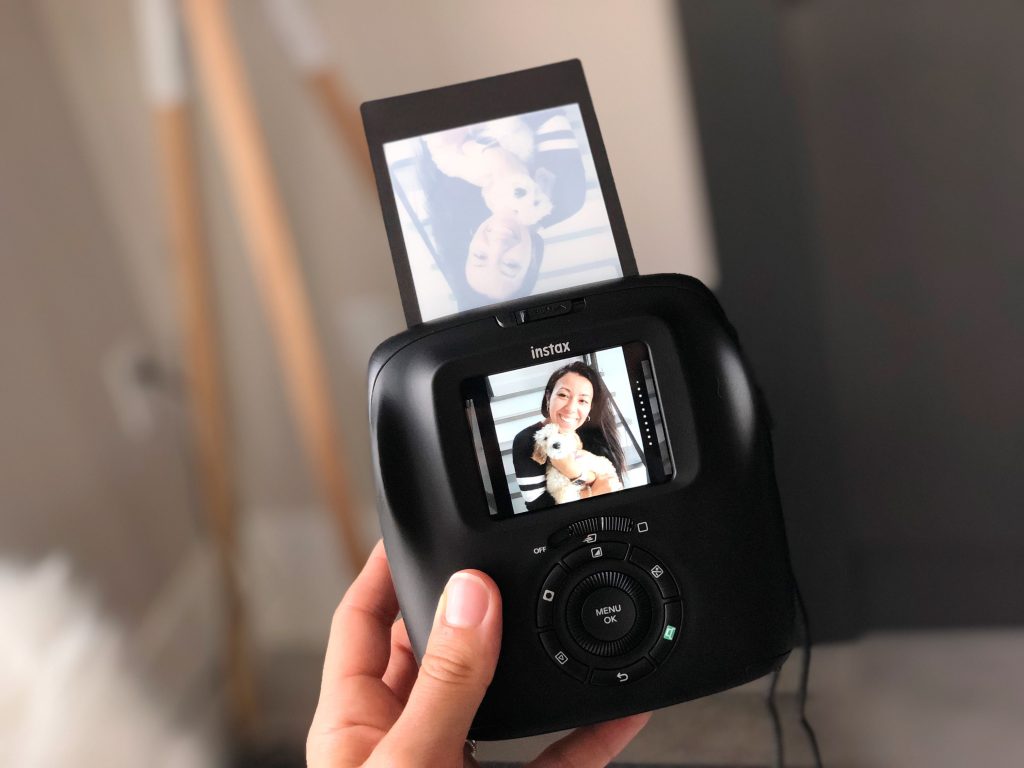 The Instax Square SQ20 is Fujifilm’s latest instant camera. Making its debut at Photokina towards the end of 2018, it follows on from the previous year’s Instax SQ10 – the first “hybrid” Instax camera.

Being hybrid, it uses a digital camera sensor but includes an Instax printer within it for creating a print of your shots.

There have been a number of changes made to the Fujifilm Instax Square SQ20, including the introduction of several new modes, such as “motion mode” which allows the extraction of stills from short video clips.

The SQ20 uses a slightly smaller sensor than its predecessor, featuring a 1/5 inch CMOS sensor.

The lens stays the same as on the SQ10, but thanks to the smaller sensor, it equates to a slightly longer equivalent focal length . 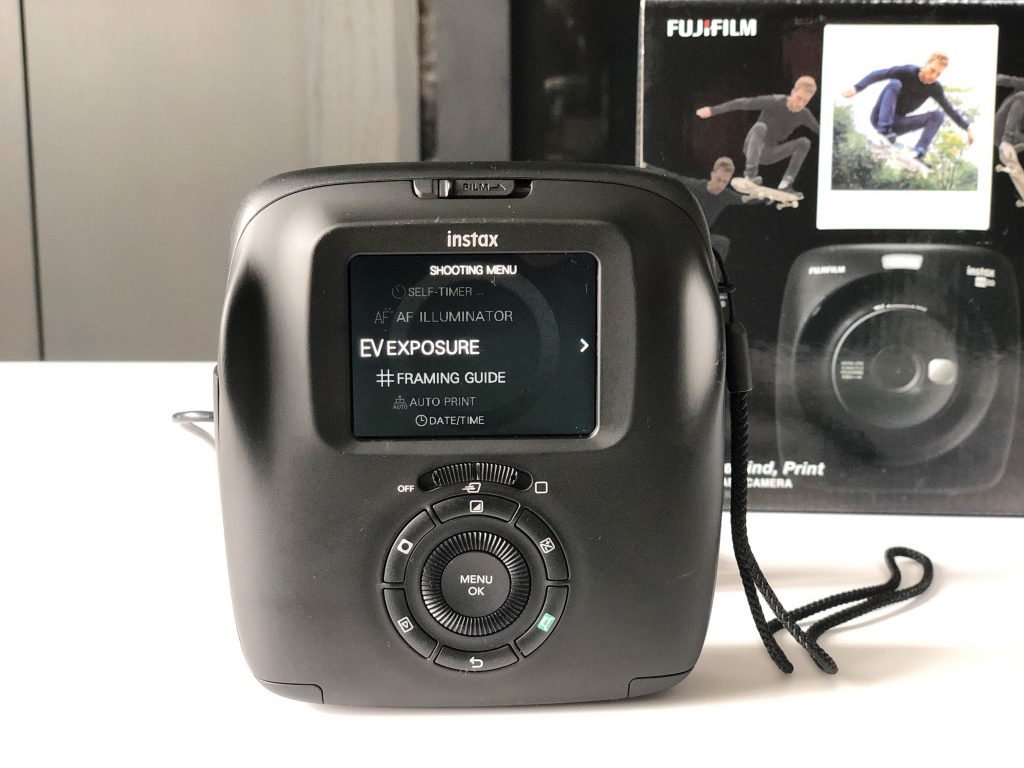 The SQ20 is essentially an upgrade to the SQ10, which was Fujifilm’s first instant camera to satisfy a clear requirement from core users: a digital display on the reverse of the camera to let users preview images before printing.

But while it’s an upgrade from the SQ10, in terms of compelling new features, the SQ20 feels a little underwhelming. The three main new additions are around video, creative effects and zoom.

A wider range of Instagram-style filters and collage effects can be applied, viewed, and then printed, using the simple dial and buttons on the reverse.

The big appeal of a hybrid instant camera over a purely analog one is the ability to print only the images you want.

And with Instax Square film priced at a little under a dollar per shot, selective printing is a plus even if it takes some of the unpredictability 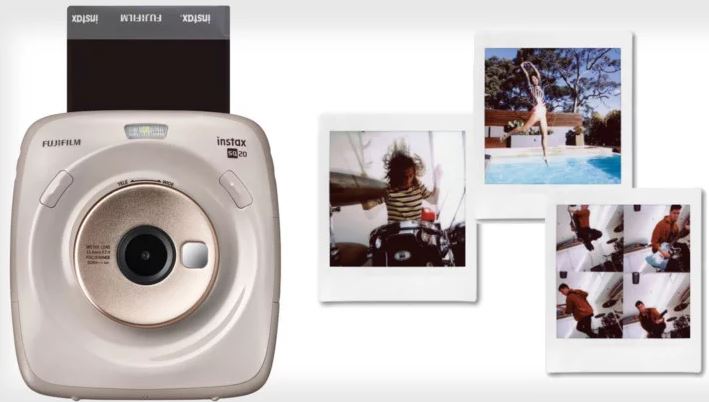 Given it has a younger target audience in mind, the SQ20 launches in a strangely bland pair of colours: ‘matte black’ and ‘beige’. Next to the ever-growing rainbow options of the SQ6 range, it seems a curious design misstep.

In hands-on testing though, the SQ20 was as user-friendly and fun to use as any of the instax models.

It’s as simple to pick up and take a quick selfie (using the handy front-mounted selfie mirror to perfect your pout), as it is to cycle through the 18 filter effects, vignette and brightness controls.

While the SQ20 is far less stylish than its brighter, more dynamically-modeled brethren, its practical plastic case is robust and the buttons and dial have a satisfyingly responsive feel.

The rear dial and function buttons are chunky, and cycling between image previews (internal memory holds 50 stills), and selecting filter effects is fluid.

Most Instax cameras are film cameras that offer an optical viewfinder. This can make composing your shot and getting the exposure correct before you press the shutter button a little tricky.

This is on the screen on the back of the camera.

Personally, I would have preferred a proper viewfinder, although that’s more of a personal preference

This is a tough one, because although I understand these cameras aren’t about how good the image quality is

To ensure I’m being fair to the SQ20, I’ll only compare it to another Instax camera, the SQ6.

First thing I noticed when looking at the specifications of this camera is that Fujifilm decided on using a much smaller sensor compared to the SQ10.

The resolution is the same as the SQ10, meaning that pixels are smaller, and honestly, image quality isn’t a great feature of this camera.

Compared to the SQ6, which is a true medium format film camera, the SQ20 suffers quite badly in high contrast situations.