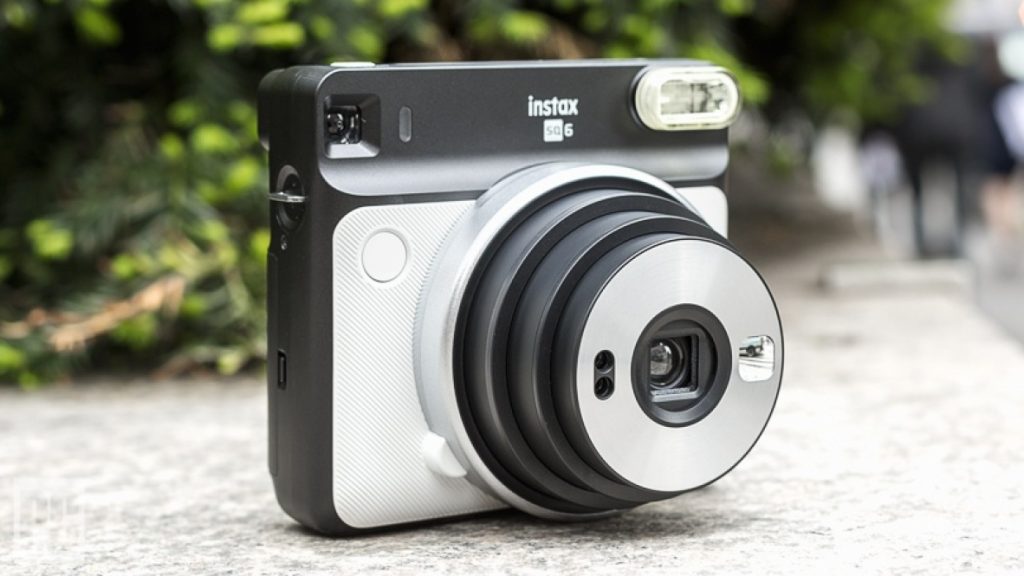 The Fujifilm Instax Square SQ6 is an easy to use and great performing analogue instant camera offering a range of creative shooting options including flash colour filters.

The Fujifilm Instax SQ6 is a very simple shoot and print version of an Instax camera. There is no digital hybrid system as found in other Instax models that allow you to preview the image before you choose to print or delete it.

yet there is something very analogue about shooting an image and being bound by whatever prints out.

The greatest appeal of this camera is the Fujifilm Instax Square film that provides more print real estate and allows for more story to be captured.

The other appeal may just be the special Taylor Swift edition released at a higher price point to the standard version (if you’re into that).

It feels oversized when you’re holding it but when you consider the size of the Fujifilm Instax Square film cartridge you have to load inside the camera, the size makes sense 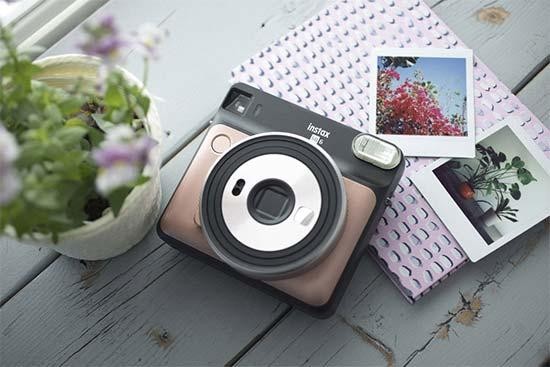 The SQ6 is much smaller and lighter than my previous camera, the Instax 300 Wide. The 300 Wide does use a larger film format, however, it was a little unwieldy and a bit of a pain to take anywhere, especially on shoots with other gear.

The SQ6 is far more portable and fits in my bag very comfortably. I carry it with me on most occasions, and the film size is still large enough that it produces meaningful images.

It’s effectively the perfect balance between the mini film which I never got into and the larger wide film. In fact, I love the smaller size so much that I actually gave away my 300 Wide because the SQ6 has completely replaced it for me.

This is a small, light, medium format film camera that literally fits in your pocket. Portability lends directly to practicality, and if you’re having to decide whether or not you take a camera due to its size, it’s probably not the most practical option. 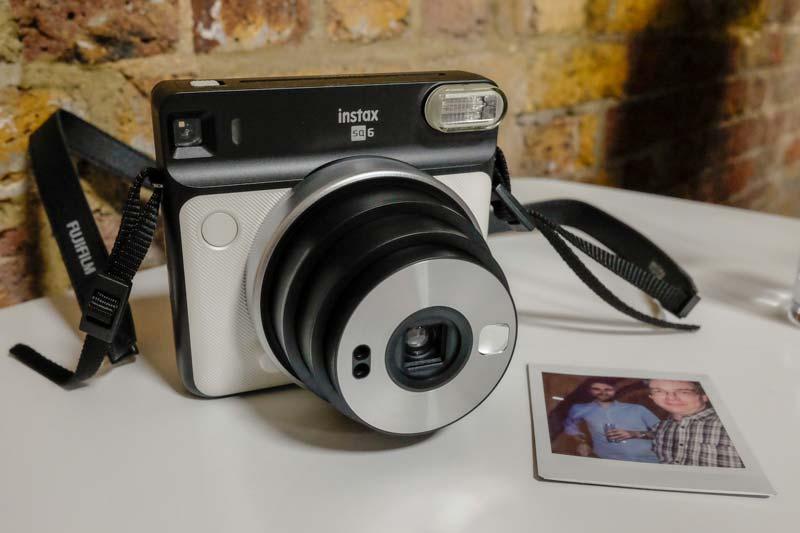 The large film format means that even with the relatively long focal length of around 65mm, you do have a pretty wide angle of view.

The aperture isn’t the widest at f/12.6, meaning that in lower light scenarios, it can be a little tricky getting the right exposure.

The aperture in this camera is, however, the widest currently available on any Instax camera, and the shutter speed does go all the way down to 1.6 seconds.

Both of these factors make this camera the best yet when it comes to getting better exposure without needing to use flash. Speaking of the flash, I highly recommend against using it in any circumstances, because it leaves you with washed out images that really defeat the whole look I think this camera is capable of.

When using flash, the images look more like something from a smartphone as opposed to a larger film format camera.

In previous Instax cameras, you couldn’t switch the flash off, so the fact that you can on the SQ6 and shoot with a slower shutter speed is a very welcome addition.

As an instant camera, the Instax Square SQ6 is reasonably large – it’s reasonably close in size to the SQ10, but it’s a little lighter.

While you’re certainly not going to be able to squeeze this in your pocket, when switched off, you can happily fit it into a small bag or similar.

The camera is also much smaller than the only other fully analogue camera currently on the market using the Instax Square format film – the Lomo’Instant Square.

It’s also considerably cheaper than the Lomo’Instant Square too. 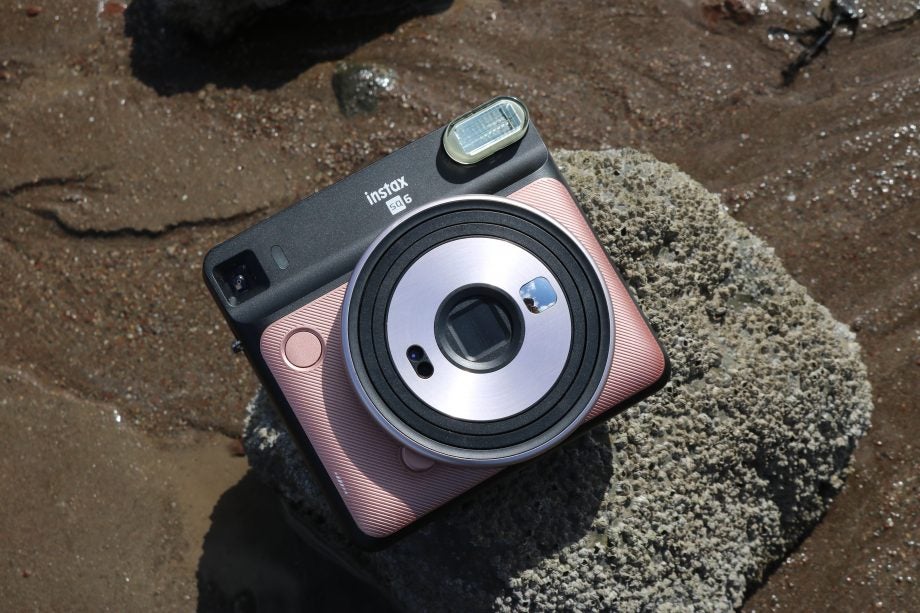 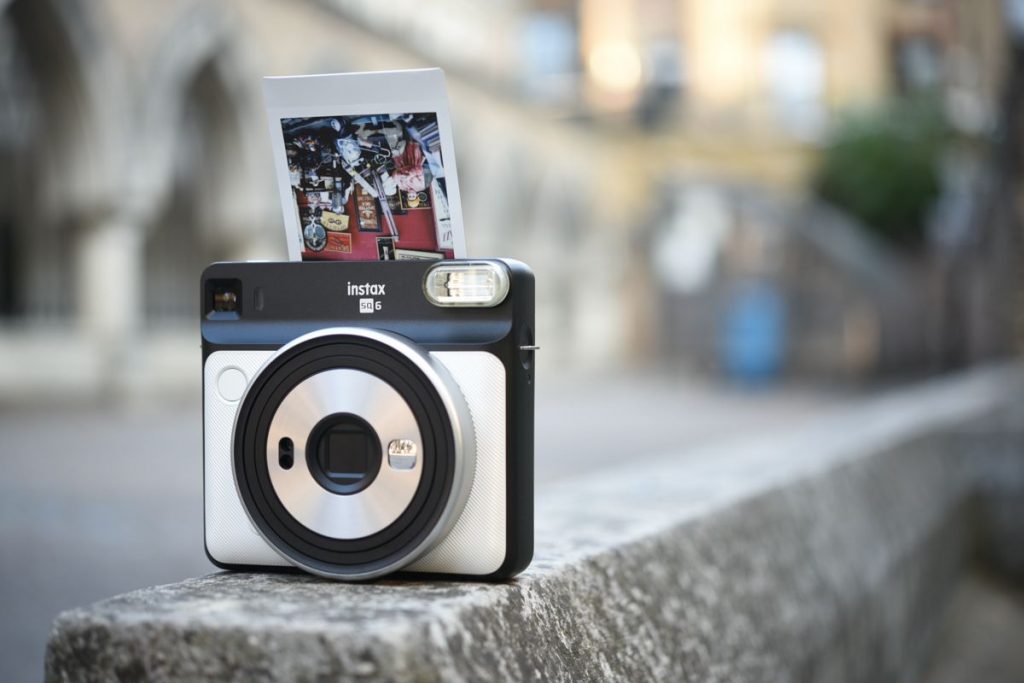 Fujifilm claims that prints are developed in around 90 seconds, although it stresses that exact times vary with temperature.

And this is what we found, with prints captured outdoors in cooler conditions typically taking a good few minutes to fully form.

Although the camera is straightforward enough to use for everyday captures

Even when sticking to these rules, however, it’s common to find some frames a little out of focus.

Images exhibit a classic instant-camera quality, with slightly desaturated colours and dense shadows. This is all part of the charm, of course – we’re not seeking perfection, more a certain aesthetic quality. 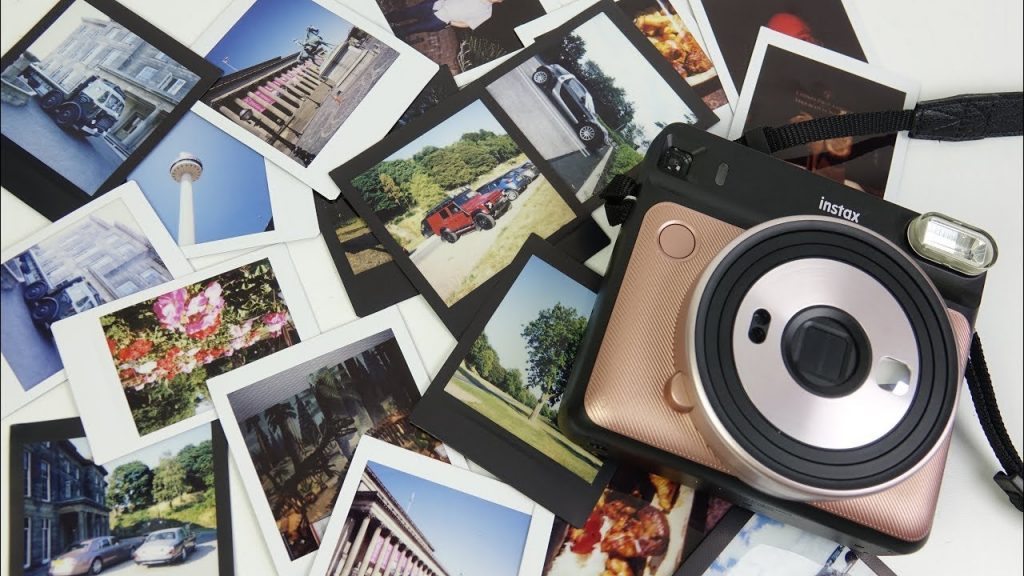 The Fujifilm Instax Square SQ1 operates on two CR2 batteries that you load into the back of the camera near the door where you load a pack of Instax Square film.

On the back of the camera you’ll also find an automatic film counter showing you how many shots remain in your film pack and the camera’s viewfinder.

Turn the camera on by rotating the lens to the ‘on’ position; if you are shooting a selfie or want a macro shot rotate the camera’s lens one more time to put it into ‘selfie’ mode

Shooting with the Instax Square SQ1 is incredibly straightforward. Simply turn the camera on, look through the viewfinder and press the shutter on the front grip of the camera.