Guide to the Best PWM Fan Hub Controller: It’s no secret that computers can get hot. Processors in particular can get hot enough to fry an egg – or the internal circuitry. For most PCs, one or two fans, along with the GPU fan, is sufficient to keep your PC cool.

One good alternative is to use a simple fan hub controller. These are compact devices, similar to a USB hub. But they mount inside your PC, and they’re equipped with fan controllers instead of USB ports.

Today, we’re about to review two of the best PWM fan hub controllers on the market. First up is the Thermaltake Commander FP. This hub can control up to 10 fans, enough to keep even the hottest gaming rig cool as a cucumber.

Finally, we’ll check out the SilverStone PWM Fan Hub. This is a slightly smaller 8-fan controller, with advanced circuitry for smoother performance. 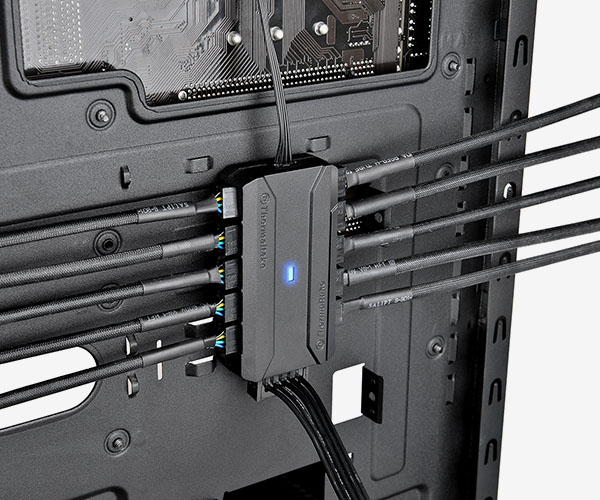 The Thermaltake Commander FP is a bit beefier than the DeepCool unit. It measures 3.2 inches in length, 1.7 inches in width, and 0.7 inches thick.

However, this size is necessary to support the whopping 10 fans it’s capable of running. In order to power all those fans, you’re going to need to use SATA power.

On one side of the unit, you’ll see a SATA input for plugging into your power. On the other end, a 1-foot fan lead will connect to your motherboard’s fan controller.

The Thermaltake Commander FP works similarly to the DeepCool Fan Hub Control. It has a single, primary port that communicates with the motherboard.

In this case, it’s the port at the motherboard-side of the controller, the one with the recessed casing. As with any fan hub controller, you should use the same make and model fan in each port.

If you’re using different makes and models, the needed voltage will not be the same for all of them. As a result, some of your fans will be running either too fast or too slow. 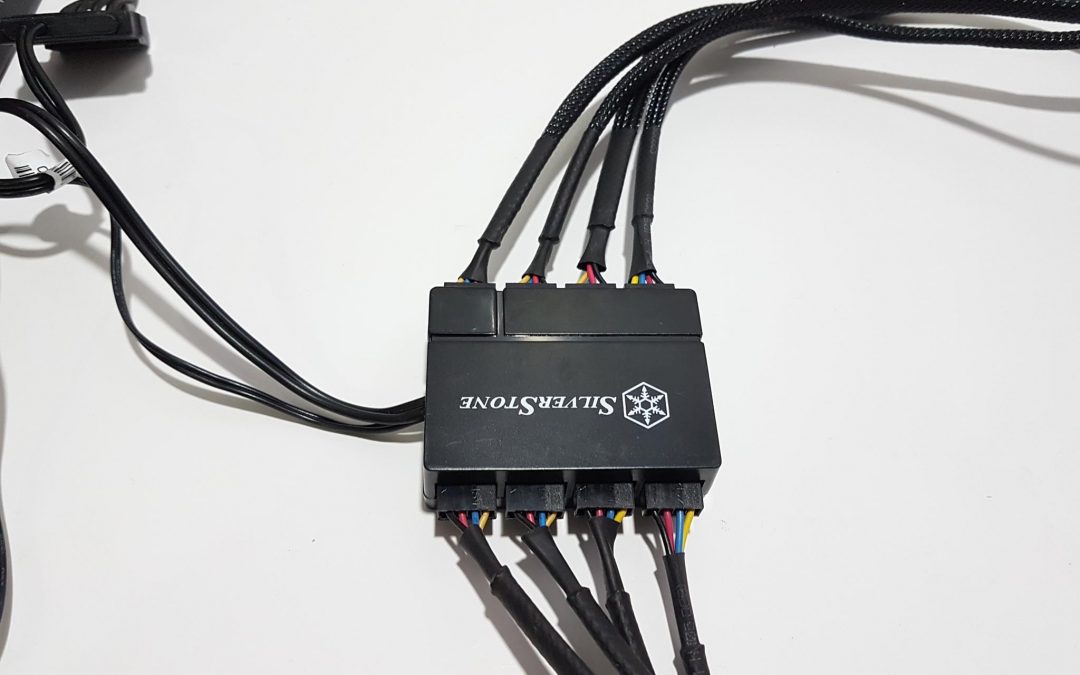 At this size, you can mount it just about anywhere inside your PC case. That said, make sure to get yourself some velcro or double-sided tape. It doesn’t ship with any mounting supplies.

The case is constructed from black ABS plastic, so it’s fairly sturdy. On the top, you’ll see a white SilverStone logo. There’s also a set of grooves on one side, which forms an offset “T”.

The eight fan ports are located on the sides, with four on each side. This design makes cable management relatively easy. On the other hand, there are no zip ties included in the kit. You’ll need to provide your own.

If you’ve been paying attention so far, you probably know what we’re about to say. The motherboard can only “see” a single fan. In this case, that would be the fan that’s set apart by a set of grooves.

The SilverSTone PWM Fan Hub also sports a 2,200μF capacitor. This capacitor will draw power from the motherboard until it’s fully charged. After that, it serves as a power reserve.

If the motherboard power dips, the capacitor will compensate, ensuring that your fans receive a steady supply of power. As a result, your fans will run at the proper speed regardless.

we looked at the Thermaltake Commander FP. This fan hub is exceptionally powerful, with the ability to run up to 10 fans. It’s also attractive, with an LED light on the top.

On the one hand, if you’re running that many fans, cable management is going to be a challenge. On the other hand, the port positioning makes it as painless as possible.

Finally, we looked at the SilverStone PWM Fan Hub. The SilverStone hub isn’t as attractive-looking as the others, but it gets the job done. You can operate up to eight fans, which should be sufficient for any rig.

It’s significantly smaller than the Thermaltake hub, for easier positioning. Not only that, but the internal capacitor does a great job of compensating for voltage fluctuations.