HORI TAC Pro Type M2 Programmable KeyPad and Mouse Controller was made to help extend the power of a mice/keypad setup to consoles. It has Bluetooth wireless connectivity to the HORI Device Manager App 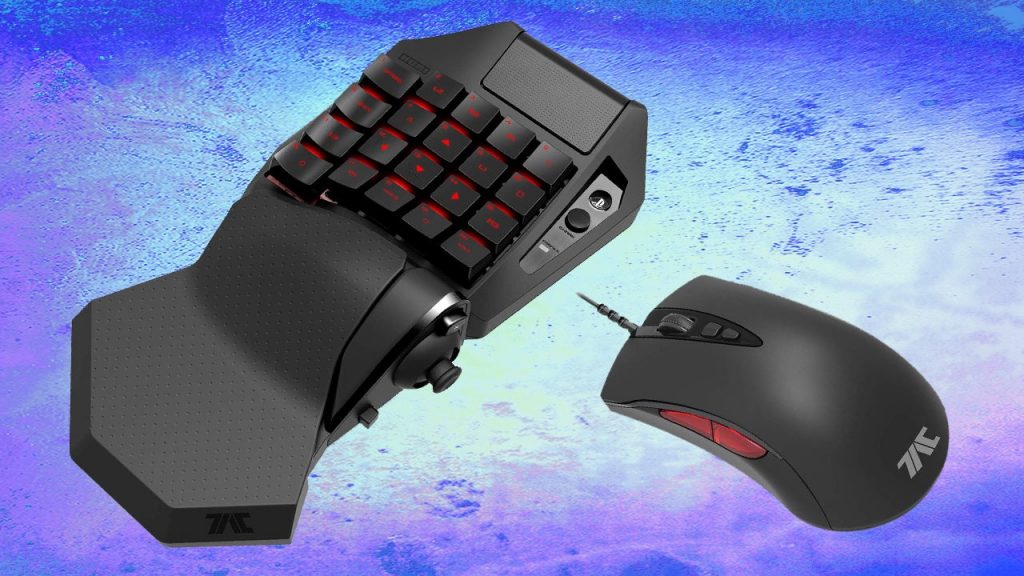 The Tactical Assault Commander series is a line of Officially Licensed keypad & mouse controllers designed for FPS games that simulates PC-style control on the PS4.

The TAC Pro Type M2’s greatest strength is its ergonomics. Sitting below the partial 20-key keyboard is a curved, textured wrist-wrest.

Push a button to the side of the mini joystick and the wrist-wrest slides back a quarter of an inch to ever so slightly accommodate those with larger mitts such as myself.

It’s incredibly comfortable and during my tests did an admirable job at fighting off any wrist strain I encountered.

The joystick act as the left stick controlling movement, and just above it is a small X button, which acts as a spacebar replacement.

On the left side where macro keys would sit on a typical keyboard are four buttons for options, quick, L3 and another circle key. And just below on the side, there’s a 3.5mm headphone jack. 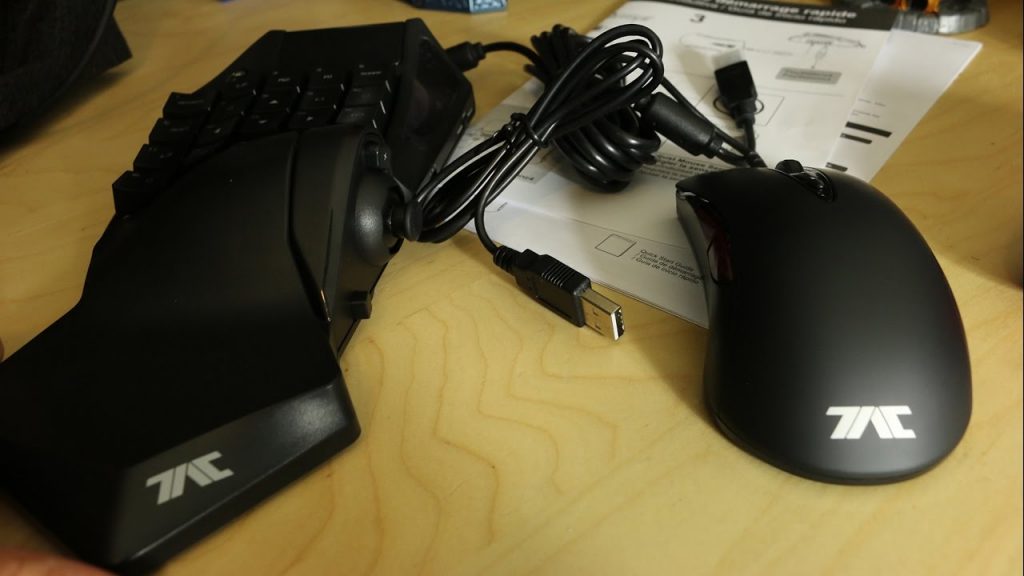 You don’t need to press any special combination of buttons on the keyboard itself to make any changes via the app, which means if you need to turn the sensitivity down just a touch you can do it pretty quickly and get back in the game.

There are a slew of pre-made profiles for games including Apex Legends, a number of recent Battlefield titles, entries in the Call of Duty series, Fortnite and Rainbow Six Siege.

Oh, there are a pair for Star Wars Battlefront and its sequel, too. The lack of an official Overwatch preset is a glaring omission. 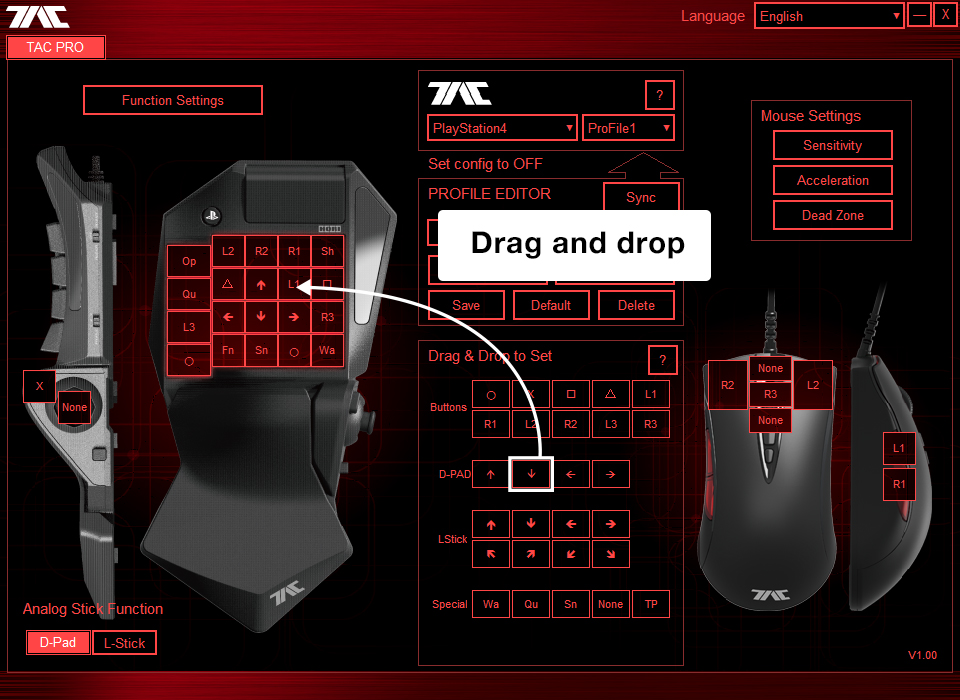 Unfortunately for all the bluster Hori makes about the Pro Type M2 being engineered for domination, I can’t say it holds up.

I put it to the test with shooters exclusively and came away pretty disappointed. While I like the side-mounted joystick in theory, it’s much easier to use the arrow/WASD keys for moving around.

And versus the DualShock 4, the octagonal thumbstick pod feels incredibly unnatural.

The cross button just above it is a great replacement for what my left thumb would be doing anyway (hitting spacebar to jump) and using felt second nature, however. 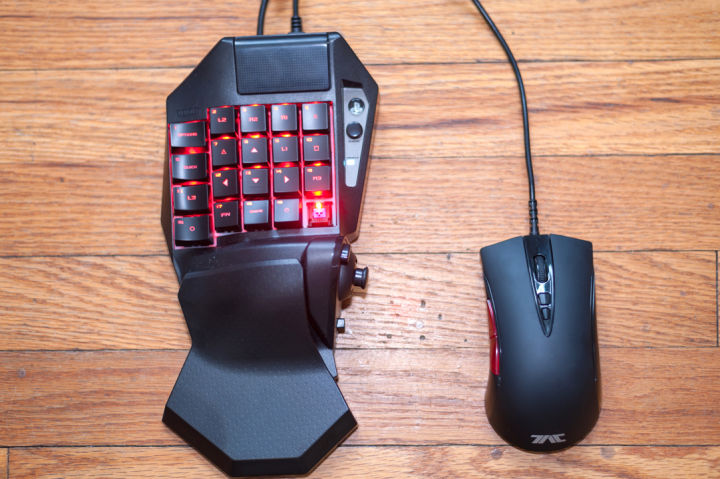 Which provides a much more natural and intuitive way of navigating through many different game spaces.

But similar to a PC interface, you can swap the binding of any controller button as needed. That’s where the fully programmable nature of this keyboard really comes into play.

Like any stylish gaming keyboard, this the HORI Tac Pro Type M2 includes a backlit design. The keys can only run on one color, though. 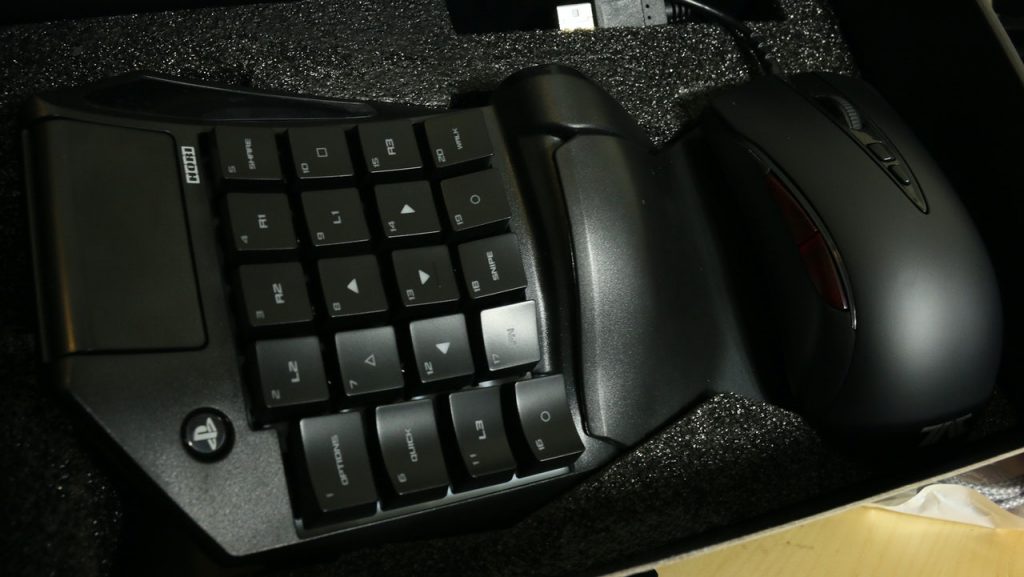 How about the mouse? Well, that’s actually a little hit or miss. On one hand, the mouse does lots of good things and does them right.

It has multiple buttons you can use, and buttons to help you toggle between different levels of sensitivity.

In that respect, it’s pretty comparable to an entry-level gaming mouse like the Logitech G502.

However, there are some problems. More specifically, this mouse isn’t actually a mouse. Sure, it looks like a mouse, and it feels like a mouse.

But it’s actually an emulation of a controller joystick, not really a mouse