True-wireless earphones are the epitome of portability in convenience. The technology has matured to where a variety of models and pricing points are available. The Sony WF-1000XM4 has just these features and here’s how to pair Sony WF-1000XM4. 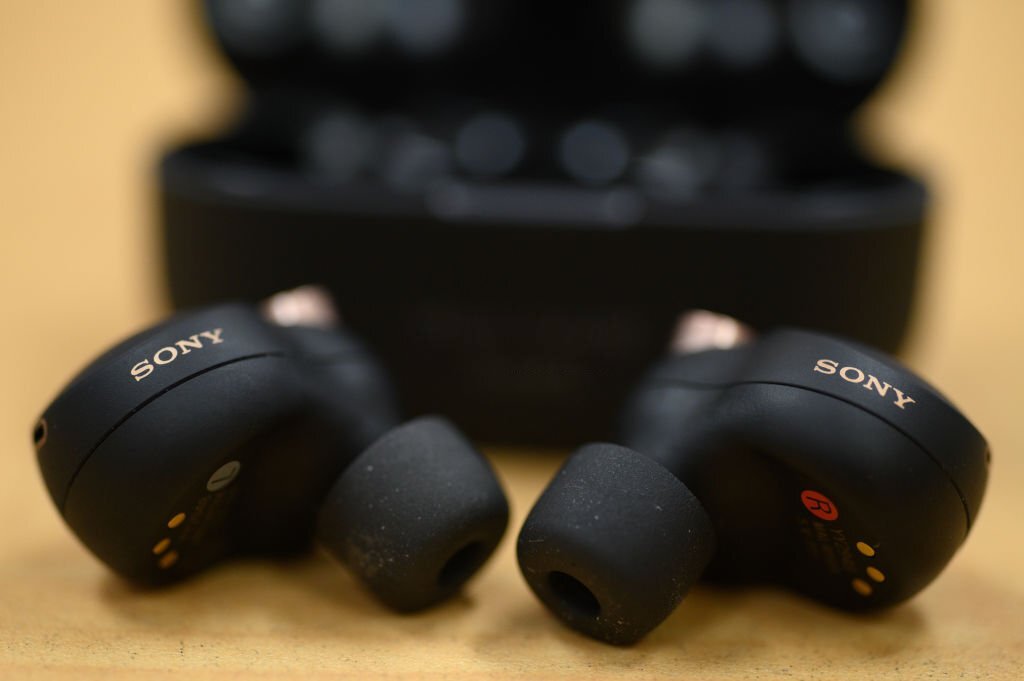 The Sony WF-1000XM4 earphones are on the more expensive, feature-rich end of the range. Noise cancellation and high-quality sound are provided without sacrificing in-ear comfort. They store these genuine wireless earbuds in an ultra-portable, small charging capsule when not in use.

Here’s how to connect your Sony WF-1000XM4 to the most popular operating systems.

How to Place Your Sony WF-1000XM4 in Pairing Mode

If this is the first time you’re pairing your Sony WF-1000XM4 earphones with your smartphone, you’ll need to put them in pairing mode.

When you remove your earphones from the case after the first pairing procedure, they will automatically connect to your smartphone.

Place both earphones in your ears and hold the touch sensors on both earbud units for 5 seconds to pair your Sony WF-1000XM4 earbuds with your smartphone.

A beep will hear, showing that your earphones are now ready to link; to finish the pairing procedure, go to your device’s Bluetooth list and choose your device.

The most recent version of Android at the time of writing, Android 12, will be used in this article. The main methods, however, may be used with both previous and later versions of the operating system.

To begin, turn on your Android smartphone. Then, navigate to the Settings menu. It’s possible that it’s not easily apparent. Use the search bar to look for it, and it will display.

Scroll to Bluetooth after you’ve opened the Settings menu. After tapping Bluetooth, remove the earphones from their casing and insert them into your ears.

When you initially pull out the Sony WF-1000XM4 earphones, they are already in pairing mode. For around five seconds, place your finger on each earbud’s touch-sensitive sensors.

A beeping sound in each earphone will show that everything was done correctly.

Following that, the Sony WF-1000XM4 will appear in the list of Bluetooth accessories on your Android device’s Bluetooth interface. Simply tap their names on the list, and the smartphone will do the rest.

If you’re having trouble pairing, check sure your Android device isn’t in Airplane mode. Bluetooth, LTE, and Wi-Fi are all turned off in airplane mode. Make sure the earphones aren’t too far away from the smartphone as well.

These earphones have a maximum range of 30 feet from the attached device in this situation.

How to Pair Sony WF-1000XM4 on iOS and iPadOS Devices

The iPhone and iPod Touches run iOS, whereas iPads run iPadOS. They certainly have different functions, but happily, their pairing procedures are identical.
Locate the Settings app on either smartphone.

If Settings isn’t available on any of the app’s screens, use one finger to bring up the Spotlight search bar. When you type Settings, a gray symbol with gears will display. You should tap the symbol.

Then, in the Settings menu, look for the Bluetooth option and press it. The Sony WF-1000XM4 earphones will appear on the list of discovered devices if you start the pairing procedure from the previous section on Android.

When the Sony WF-1000XM4 appears in the list, tap it to pair it with your iOS or iPadOS device.

If you can’t find the WF-1000XM4s, check sure it’s within 30 feet of your iPhone, iPad, or iPod Touch and that Airplane Mode is switched off.

How to Pair Sony WF-1000XM4 With MacOS Devices

Locate the System Preferences program on your Mac. If it isn’t in the dock, use Spotlight to find it by pressing (or the Windows key if using a third-party keyboard) followed by the Space bar.

The application will display once you type System Preferences. Press the Enter or Return key to return to the previous page (depending on the keyboard in use).

To pair, remove the headphones from the case, place one in each ear, and hold a finger on each one until they beep. A list of Bluetooth devices will show, including the WF-1000XM4 earphones.

When pairing, ensure that the earphones are within 30 feet of the Mac and that the Mac’s Airplane Mode is turned off.

How to Pair Sony WF-1000XM4 on Windows Devices

This section shows you the general procedures to pair Sony WF-1000XM4 on Windows devices. However, it may apply to both previous and later versions of Windows.

To begin, turn on the computer and log in to the user account. Press the Start button or the Windows key on the keyboard when the system has completed booting up. Then put “Settings” into the search box.

When the Settings box appears, select Devices. This will bring up a long list of possibilities. For the time being, all we have to worry about is Bluetooth and other devices. To open the Bluetooth settings window, select that option.

Remove the Sony WF-1000XM4 earphones from the case and insert one into each ear. Place your finger on the sensor of each earbud until it emits a beep.

Then, to add Bluetooth devices, click the small + sign. The Sony WF-1000XM4 will then appear in the list of devices that may be linked on the computer. When Windows recognizes the earphones, it may use them with this computer whenever they are plugged in.

If you’re having trouble connecting, ensure airplane Mode is not turned on. If that isn’t the problem, make sure the Sony WF-1000XM4 earbuds aren’t over 30 feet away from the computer.

Make sure the machine has Bluetooth functionality in the rarest of cases for current computers. If your Windows device doesn’t have Bluetooth, you won’t be able to use these earphones.

This section gives more insight into how to pair Sony WF-1000XM4 with several devices.

Ans: “To connect to a laptop, do this:

2. How Long Did Your Sony Earphones Last?

Ans: “I imported my Sony earbuds from Dubai, and while I didn’t wear them every day, I did wear them frequently. They lasted six years. I didn’t put them through much, however, they made it through a trip to the washing machine in the pocket of my pants.

3. Why Is My Sony Earphone Louder on One Side than The Other?

Ans: “One-sided sound can occur for a variety of reasons: your cable or ear bud may be broken, your earphones may not be correctly put on your device, or your mobile device does not support the earphone.”

Ans: “These two series have made substantial changes, and they will undoubtedly improve the entire listening experience.

Aside from that, the WH-1000XM4 is a great improvement for individuals who are currently using entry-level noise cancelling headphones from other brands.”

Ans: “The WF-1000XM4 can’t quite match the WF-1000XM4 but they do help to reduce the influence of ambient noise on your listening experience.

They may not be the market leader in terms of noise-cancellation, but for the vast majority of people, they are more than enough.”

6. How Do I Check My Sony Headphone Fake or Real?

7. Can I Connect Sony Bluetooth Headphones to A Sony Bravia TV?

8. How Do I Put My Sony Headphones in Pairing Mode?

Ans: “For around 7 seconds, press and hold the power button on your headphones.

This will put it into pairing mode, allowing it to connect to your smartphone. When you notice the light indicator blinking rapidly (typically red/green and blue), release the button.”

Ans: “The AirPods Pro are still a solid choice, especially if you like Apple’s environment. The Sony WF-1000XM4 has several useful features, like class-leading noise cancellation and longer battery life on a single charge.”

Ans: “The Sony is marginally better than the Apple AirPods Pro according to Stiftung Warentest.

I have a pair of AirPods Pro and was pleasantly surprised by the automated noise suppression when using them on an aircraft. The ANC functioned admirably.”

Now that you know your stuff, kindly share this article with your friends and loved ones and leave your comment in the comment box below for more assistance.