HP Z 3D Camera: The word “3D” has taken a beating over the last decade. A combination of bad cinema experiences and mediocre consumer hardware has bestowed 3D with a reputation for stinking in multiple dimensions. It isn’t only about overpriced movie tickets and shoddy home entertainment. Filming in three dimensions also has its practical purposes.

Scientists use 3D for archiving and analyzing artifacts, museums use 3D to create interactive experiences with the past and archeologists use 3D scanning to create computerized copies of brittle bones. The 3D printing uses a combination of image scanning and model production software. 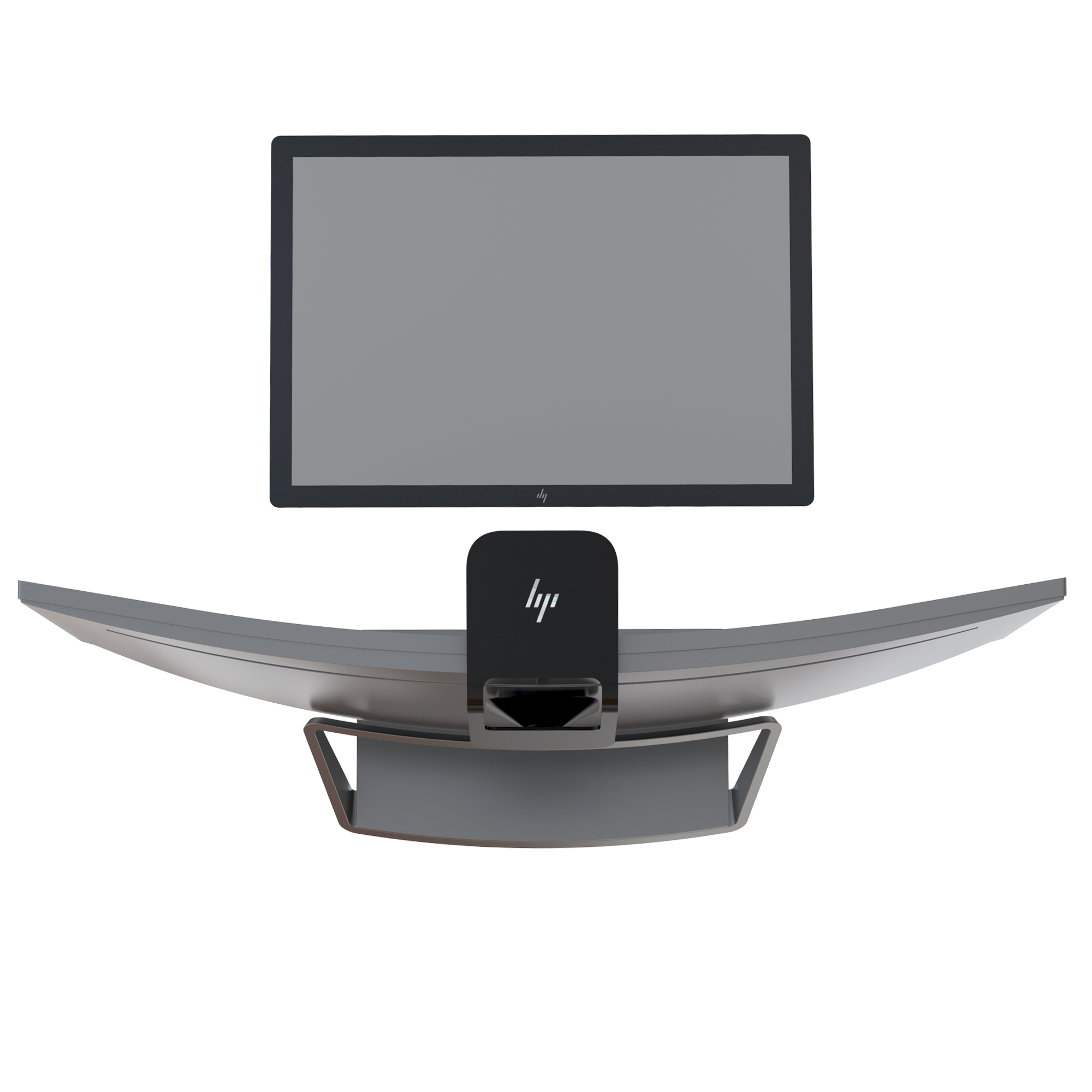 Reinvent creative workflows and spark spontaneous collaboration with the HP Z 3D Camera. This 14.2MP, VGA RGB down-facing camera attaches to your display and is able to sense depth to capture and digitize 3D objects, 2D documents, and live video.

Users will be able to create life-like 3D digital images by rotating an object in their hands or positioning it underneath the camera. Integrated 3D SLAM tracking and scanning constructs the model in real-time while automatically removing your hands. Scanned objects also maintain graphics-friendly resolutions and realistic textures that maintain separate diffuse color, displacement, and maps that are ready for rendering and VR applications.

The Hewlett Packard HP Z 3D Camera takes us one step closer to our belly rumbling dreams. The Z camera is designed to attach right on to your monitor, offering features that help people to create 3D scans from the comfort of their own homes.

While the HP Sprout Pro already featured a 3D camera and scanning technology, nothing has come close to the adaptability and portability of the Z. Basically, HP took the 3D technology of the Sprout, ripped it free, doodled around with it, and made it portable and usable with almost any HP Z or EliteDisplay monitor.

The main Z camera device measures in at 4.5 in. x 8.7 in. x 5 in. and weighs a lithe 1.2 lbs. It’s very low profile. The camera should fit any flat backed monitor and won’t take up much space on your desktop. The Z mounts to the back of a monitor with a magnetic mounting mechanism called a badge.

The device comes with three different badges so you can make sure all of your screens are equipped and ready for the 3D camera.

To be able to attach the Z Camera to a screen you will need to stick a metal mount to it. It contains foam and a strong but removable adhesive on one side and a piece of metal on the other side. A sheet of transparent plastic with lines is meant to guide the user to stick the mount at the right height.

Although it looks best when the Z Camera is attached in the center of the screen this position proved impossible with  Dell screen which has an embossed logo in the center. The adhesive simply wouldn’t hold there. 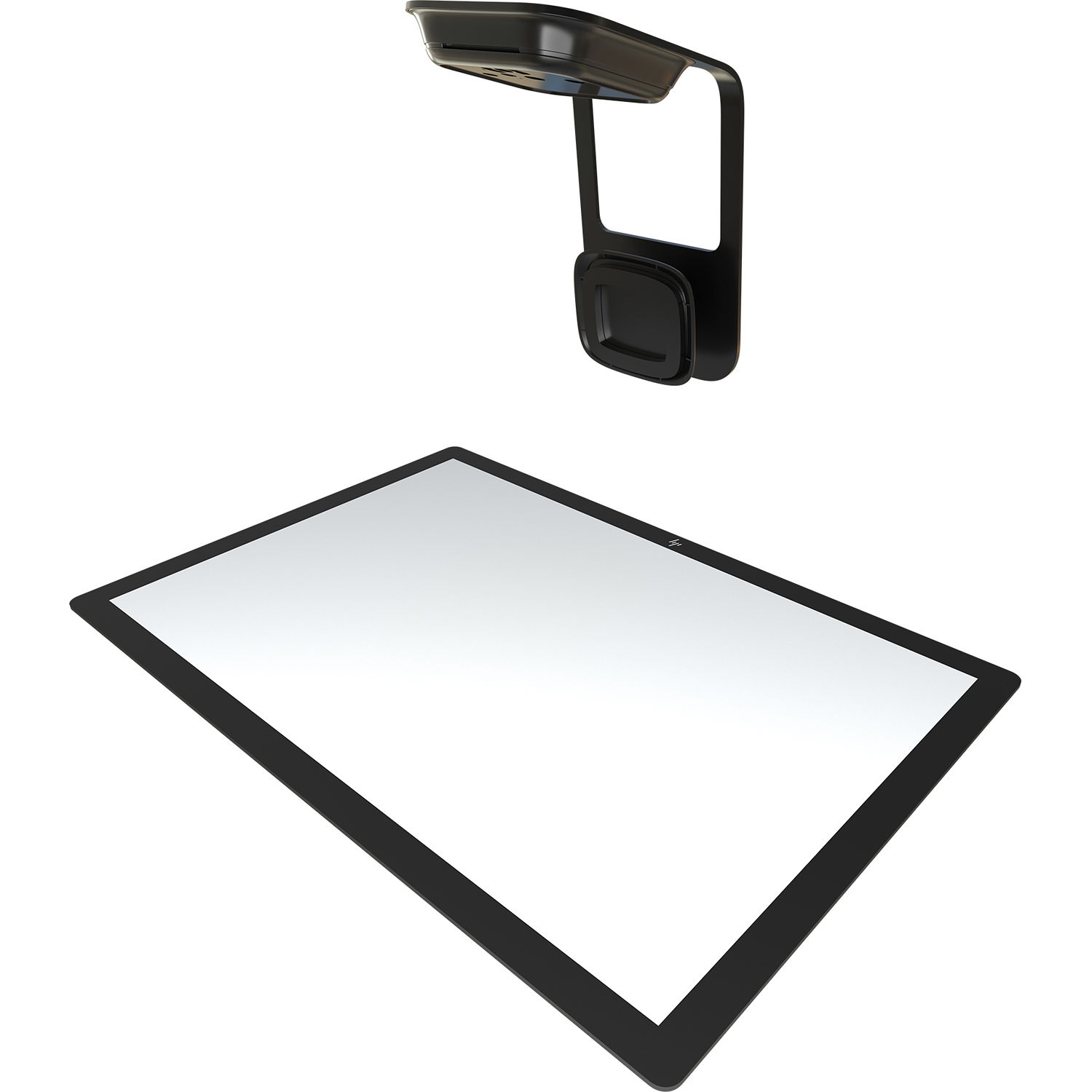 HP has created a complete software suite for the Z Camera, similar to that of the Sprout, called WorkTools. It contains the Camera 3D application for 3D scanning but also one for 2D capture and features to use the device as a productivity tool.

You can install the software from the included USB drive or download the latest version from the product website.

One of the coolest features of the Z 3D camera is its ability to produce different types of data separately, which can then be compiled and merged with an existing 3D VR or AR object. The ability to merge different kinds of data into a single 3D object opens the door of creativity to developers. 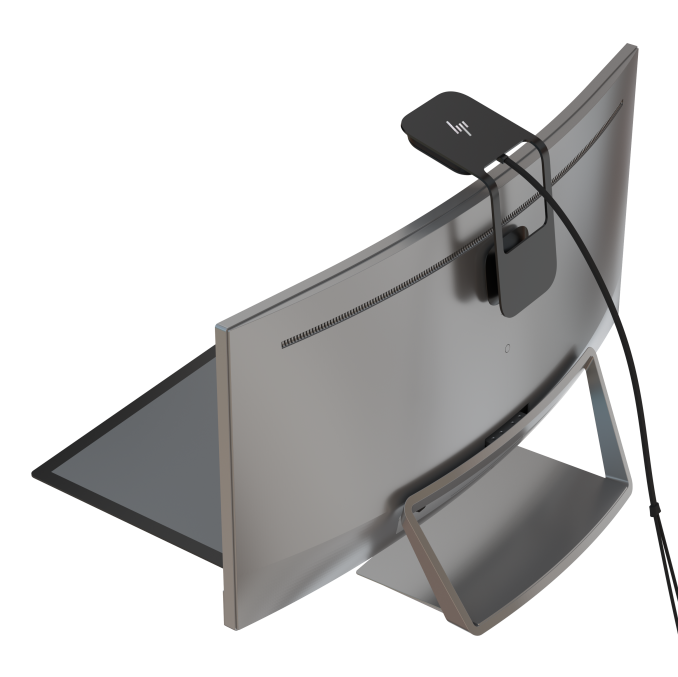 Anyone interested in incorporating realistic textures and renderings into their development projects is going to want to take this bad boy for a spin. Cheaper than the HP Sprout and WAY cheaper than most other professional 3D rendering software, the HP Z 3D camera is the way to go for anyone who doesn’t have the sort of resources that big-name studios or imagery companies might have.