The Kodak Smile camera features a trendy slide-open design, an LCD viewfinder display, and a built-in printer so you can snap, edit, and share photos anywhere. Capture quick moments and print them in an instant 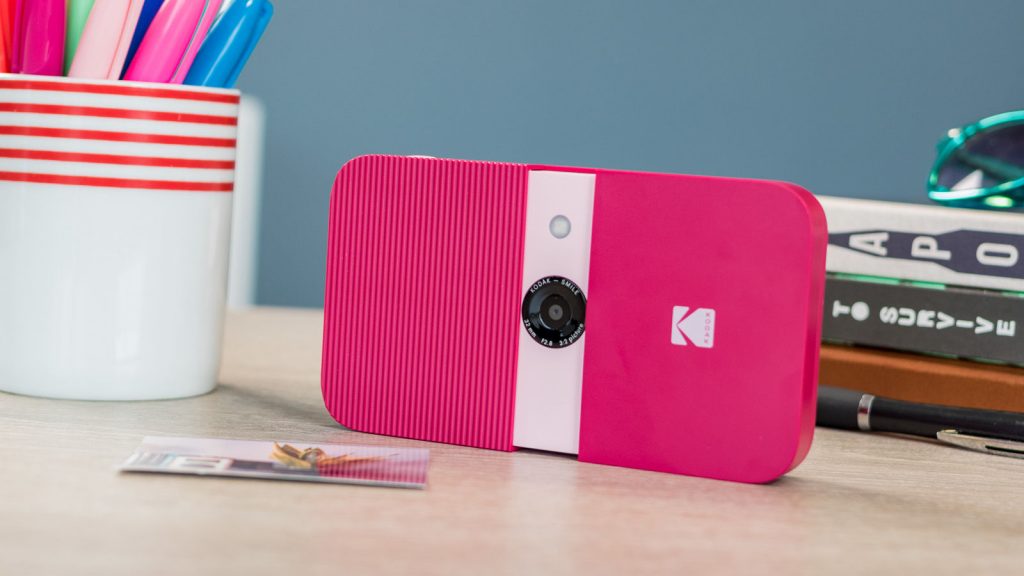 It can (in theory) print photos you’ve already taken using a different camera and then transferred onto a MicroSD card, but it also has a built-in camera that means you can use it to capture photos on the device itself and print those too.

This may sound great, but the downside is that we found it does neither thing particularly well.

Its camera isn’t fantastic, and it’s very slow so taking photos of kids or animals is almost impossible.

You are able to choose not to print bad photos, which can’t be said for all instant cameras, but those you do print are likely to suffer with strange exposure and less than great quality.

Kodak’s Smile camera has a fun sliding mechanism that opens to turn on the camera and reveal its lens and controls. This feature also helps to ensure that the device doesn’t turn on accidentally in your pocket.

My only quibble is that it takes about 9 seconds for the camera to be ready to shoot.

A small color LCD display on the back shows you a live preview, battery life, the status of the flash, and if there’s any paper inside. This camera is a lot more responsive than the older Kodak MiniShot.

The slide-out section of the Smile reveals several buttons for navigating the camera’s menus and for printing photos. Here, you can add filters, borders and adjust settings (like when you want the flash to turn on).

I liked that you can set whether or not the camera automatically prints a photo after you take a shot. 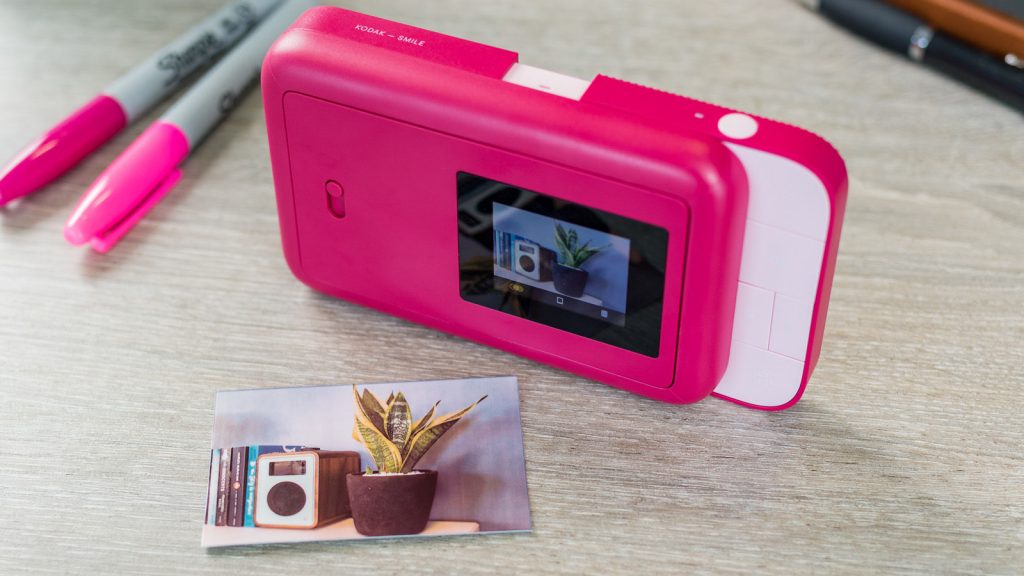 Considering that the Smile is ostensibly a Kodak product, it’s a little ironic that it doesn’t use actual photo paper like Fujifilm’s Instax cameras, but instead uses Zink technology, making this camera more like a mini-printer.

I’ve been less than impressed with previous generations of Zink cameras, as the prints were less vibrant and the colors less accurate, than those taken with instant cameras that used actual photo paper.

Evidently, the technology has improved; I was pleasantly surprised by the quality of the photos taken with the Smile.

A shot of a baby in a pink jumper sitting on a blue bedsheet was nice and vibrant, as was a photo of a red flower with a green park bench in the background. On the latter, though, there was a loss of detail in the petals. 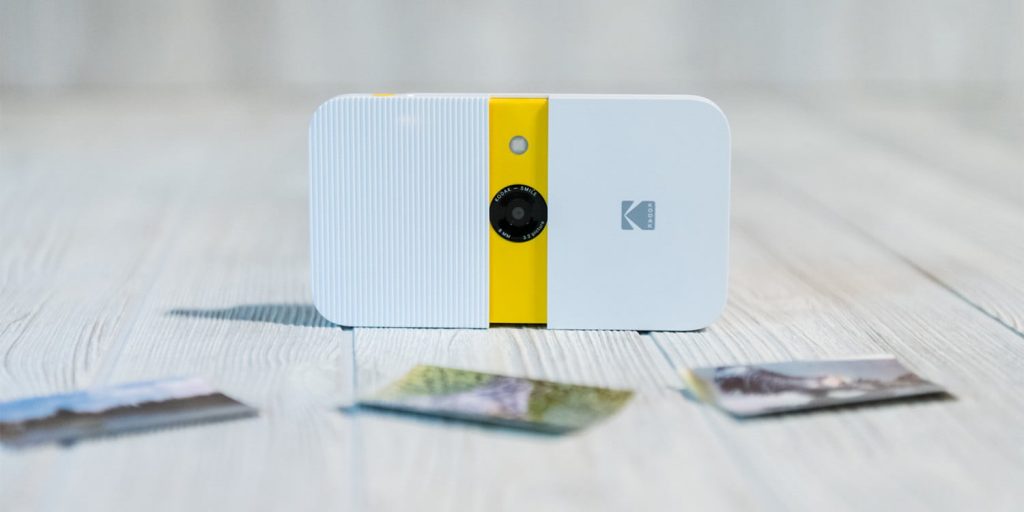 Again, if you already have a phone, go for the printer over the camera. Images shot on the camera are lackluster — and that’s being kind.

While the camera advertises 10 megapixels, the fine print says that the sensor is only 5 megapixels and that extra resolution is generated from interpolation.

That’s a fancy term for increasing the resolution by taking information from the surrounding pixels and guessing what those new pixels should contain; it is certainly not the same as starting out with a 10MP sensor.

This isn’t really an issue for making Zink prints since the paper is so small, but it does mean you won’t get much else out of the digital files.

Indoors, the images take on quite a bit of noise that causes a significant loss of detail.

Photos shot indoors were also likely to have a soft, blurred quality — probably because the lens and sensor aren’t big enough to gather sufficient light to allow for fast shutter speed to freeze motion. 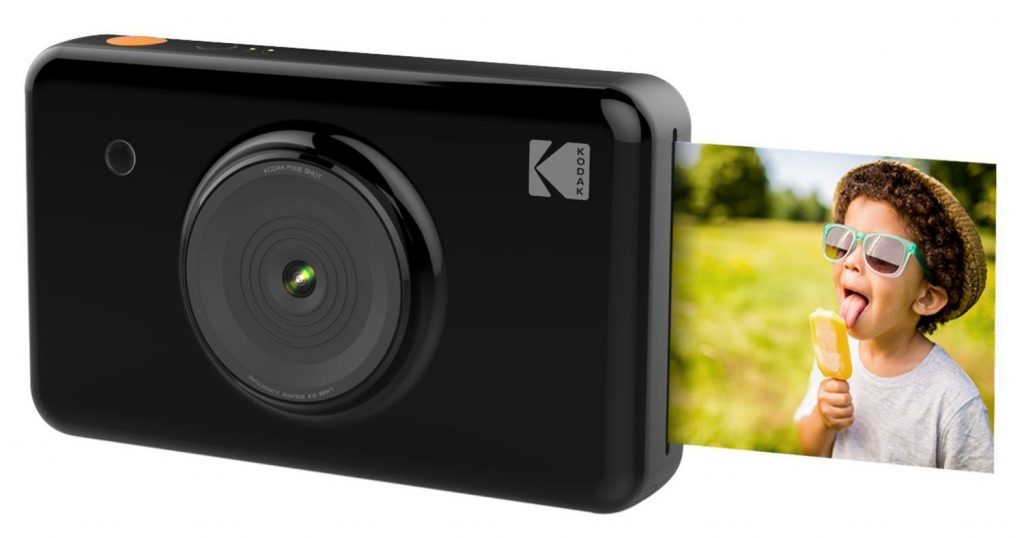 Despite lacking the camera function, the Smile Instant Printer feels like the more feature-complete product.

The Kodak Smile app walks you through the process of connecting the printer to your phone or tablet over Bluetooth, which is fairly straightforward and should get the printer up and running in no more than a minute or two.

After the initial connection, the printer automatically reconnects whenever it is powered on.

Once connected, you can choose to take a photo directly in the app, access the camera roll to print out a photo that you’ve already taken, or log in to Instagram, Facebook, or Google Photos to print images straight from your social media accounts.

A share button also allows you to share the same edits to social media before printing. This goes well beyond the simpler editing tools of the Smile Instant Camera. 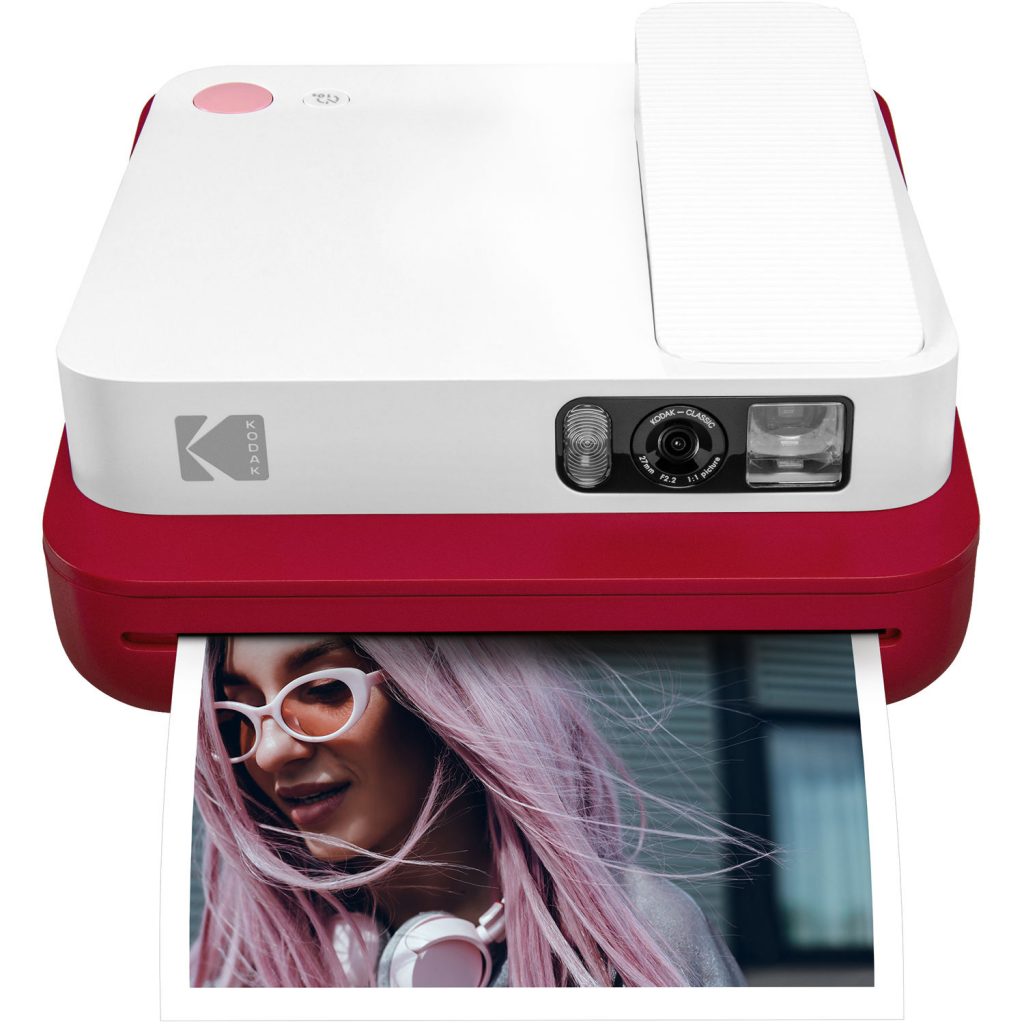