Makers, artists, thinkers, and tinkerers have started capitalizing in on the power of live video to bring their audiences into their studios and into their minds. Mevo camera captures your live events and has had the best review so far. In this article, we have made a detailed review on this product.

Like the Nest Cam, it’s a small, pocket-sized HD camera for streaming and recording live events. But beyond that, it’s quite different. The Mevo can broadcast live to Facebook Live and the Livestream service. It’s resolution is higher and clearer. It has better microphones.

And while it can connect via wifi, it can also, with an accessory, broadcast over LTE cell networks. Overall, the Nest Cam is all about monitoring. The Mevo is all about sharing.

But for me, the real innovation with the Mevo is the live, real-time editing. For live streaming, that makes the visuals more compelling which, in turn, should encourage more people to watch for longer than they would with a static, fixed view. And that, in turn, should lead to more viewer engagement.

But it’s in recorded videos that the live editing feature can become a huge timesaver. And, especially for a group or organization, that can potentially save them a lot of money. I’ve worked at organizations in the past that have dedicated staff to record, edit, and post video footage of live events.

Also, much of that is done after the fact, and it has often taken days or even weeks to get the footage online. That misses huge opportunities for engaging viewers while interest is high. But with the Mevo, rather than having to record the video and then go back and edit it, as soon as the event’s finished you have a publication-ready mp4 file that you can post immediately to Facebook, YouTube, or your own site. And it can all be done without fancy video editing software.

When it comes to additional components on a camera that promises so much, there’s a high potential for unwanted expense. Mevo is equipped with a stereo microphone, which essentially means that it records audio on two channels (left and right, typically). However, it’s also housed within the limited functionality mono speaker which is protected by an orange, grated exterior.

On the processing end, it records audio in AAC codec and also provides metering and gain controls. In terms of input, you can use a secondary external microphone via WiFi connection with an iPhone in addition to the built in stereo mic. In terms of mounting options, it’s built with a round magnetic base, making it easier to keep in place on certain surfaces.

There are two power options, including a micro USB connection which is also useful for manually connecting to mobile devices, while also functioning as a charger for the internal rechargeable 1,200mAh lithium ion battery. The battery itself is rated for a maximum of 1 hours’ worth of continuous use, however the included 3 meter cable uses USB 2.0 technology for faster data transfer and charging speeds.

You can also use this connection for any USB 2.0 compatible external batteries, including the Mevo Boost accessory that provides extended battery life, weather resistance, seamless mounting and connection options including Ethernet and 4G LTE. Mevo comes with a 16GB that plugs directly into the built in slot, and features a battery and WiFi status indicator on the back.

Mevo App for Recording and Editing 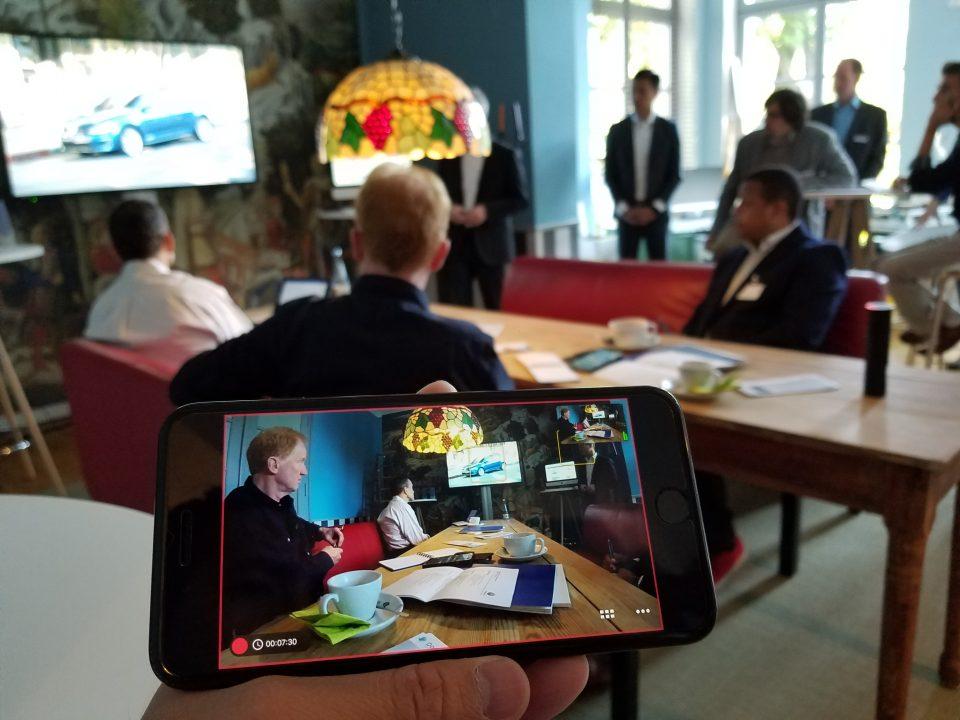 Many video editing utilities also don’t provide 4K processing either. It can be very expensive to make the most of the professional-quality video that you’re capturing, especially when attempting to achieve Quad HD while streaming.

Accessing the free mobile app is as easy as it sounds, but while it does have a simple to use user interface, it’s only compatible with iPhone 5s with iOS version 9 or higher. If you’re using an Android or an older model, you’ll have no access to some of its most important features.

As you know, Mevo’s camera has a 150 degree diagonal field of view, and combined with a 16:9 aspect ratio, there’s plenty of space in the frame capture a large area. While you can’t adjust the focal length, there’s an option to section out multiple different areas of your shot and get close-ups on multiple people, with some advanced features to make your job easier and more interesting.

First, it has the ability to detect people as well as their faces. If they’re frequently in motion, its sensor can track them and allow you to take advantage of some more specific shots, with its six axis motion detection capabilities. Basically, you can select a zone by pinching your smartphone screen, cut it from the shot by tapping on the screen, and even use this area to create a panning effect, virtually making it a much more versatile camera overall. 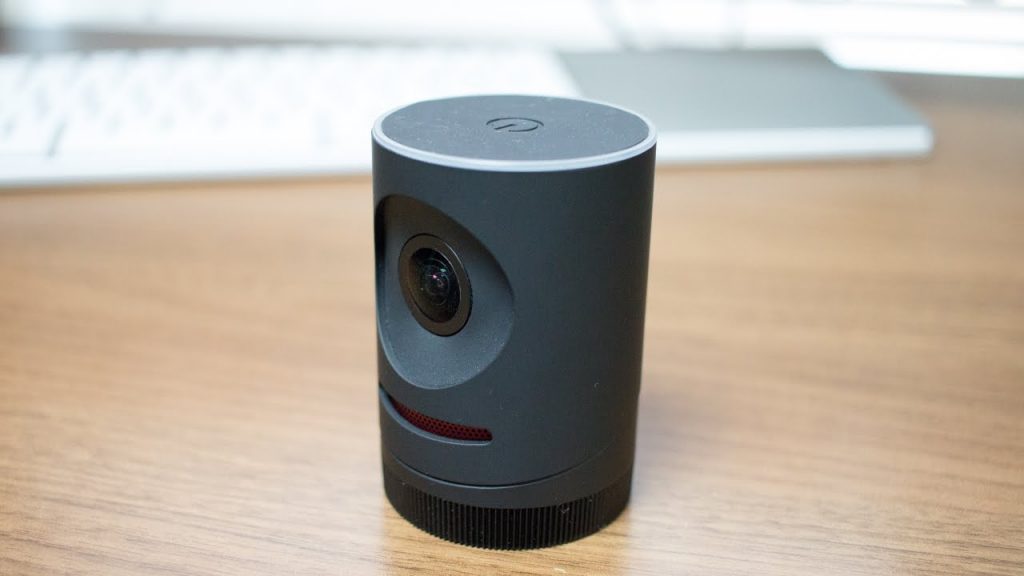 The Mevo Live Event Camera’s limitations are more because of compatibility than anything, due to its companion app. It produces high quality audio on a consistent basis, and although it does demand greater bandwidth than other models you can livestream anywhere you have access to an internet connection.

The Mevo product line really isn’t complete without the Mevo Boost as well, as it allows you to mount to tripods, mic stands and other surfaces, not to mention exclusively providing needed durability and battery life for outdoor use. Overall, it may be a great investment if you’re looking for high-end recording capabilities without many limitations.