The Rova Flying Selfie is, at it’s core, a drone. But unlike those high end models that need to be controlled by your cellphone, this one is fully automated 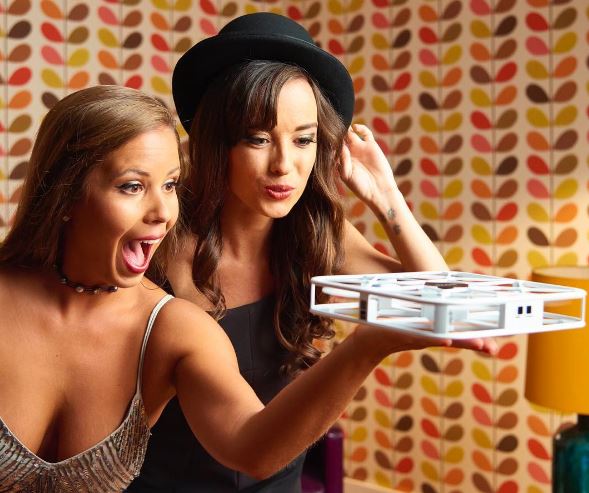 The Rova Flying Selfie drone is a slightly flimsy-looking plastic drone, just over 8 inches wide and an inch-and-a-half deep.

That makes it larger and harder to carry than the Hover Camera Passport, which folds in half when not in use.

The Rova is available in black, red, blue and white. I tested the black version.

The rotors are all within the frame, with the idea being that this protects them and the user’s fingers.

It definitely protects the rotors, but it’s easy to stick your digits through the many gaps in the frame if you aren’t paying attention. 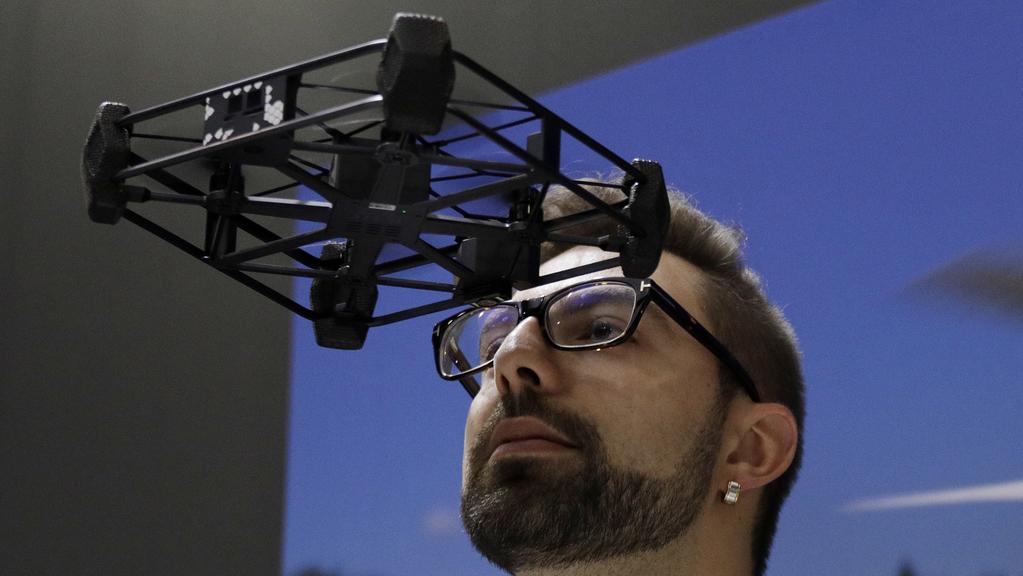 The Flying Selfie is controlled from the Rova app, available free for iOS and Android. It’s a simple-to-use, straightforward app that offers a limited range of features.

Touch a button, and the drone takes off. Touch another, and it snaps a photo or video.

On-screen controls use the traditional two-stick arrangement, in which the left stick controls altitude and rotation, while the right stick handles forward-back and left-right movement.

Additional buttons allow you to turn off the obstacle detection and fly the Rova Flying Selfie like a more conventional drone.

It takes a bit of work to get the Rova Selfie Drone up and running. First, you have to put the battery into the drone (it will run out of charge if you leave the battery in while the drone is not in use), then start the app and connect to the Wi-Fi network that the drone creates

Next, you press and hold the red button on the drone until it beeps; this readies it for flight. Then, you hit the takeoff button.

By comparison, after initial setup, all it took to get the Hover Passport drone up and flying was to press the button on the drone.

When you press the takeoff button in the Rova app, the drone rises to about 6 feet off the ground and hovers in place.

From here, you can control the drone through the app, maneuvering it into place to take the video or still-image selfie with the press of an on-screen button.

However, unlike the Passport’s camera, the Flying Selfie’s camera can’t be tilted remotely.

Instead, you have to plan your shot and manually tilt the camera to the angle you want before you take off. 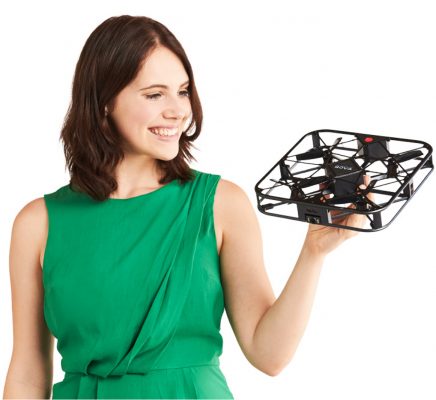 The Rova Flying Selfie takes good-quality images and attractive video, with both sharp detail and strong color. It can capture both video and photos at 1080p (1920 by 1080 pixel) resolution at 30 frames per second, or 12-megapixel stills.

The camera defaults to taking 5-megapixel stills, but you can switch it to the full 12-megapixel resolution in the app.

Video can be a little jittery if the camera moves while you’re taking the footage, though, and the camera seems to pick up some vibration from the rest of the drone.

The LED lights around the camera don’t put out enough light to be useful. You can’t shoot video or images in low light or at night. 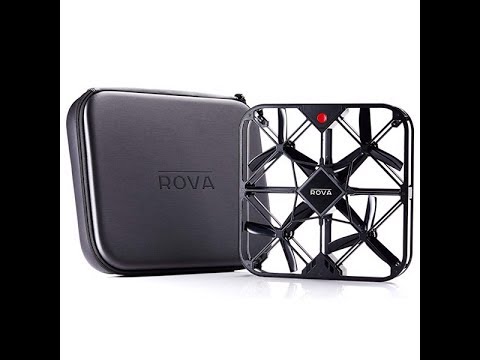 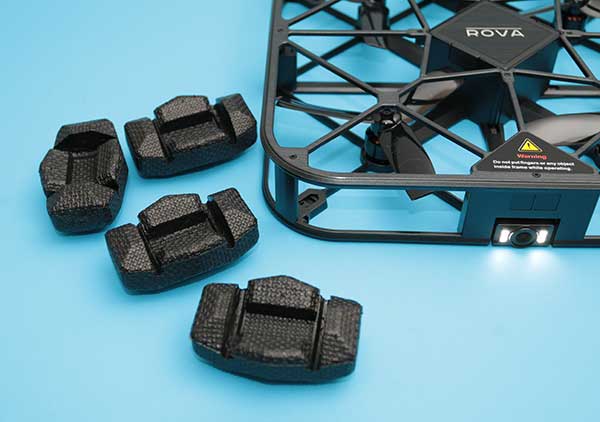 Unboxing the Rova feels a bit like unboxing any high end electronic device.

It comes in a tidy high end box similar to the ones used on the newest Macbooks.

Upon lifting the cardboard cover, you’ll first see the Rova itself. It’s a large quadcopter with an plastic enclosure that protects the blades on all four sides.Below that is a faux leather carrying case.

This case is surprisingly plush, giving a bit of padded protection for the delicate electronic components.

It’s easy to open and close, and packs reasonably flat. This allows you to throw it in the trunk of your car or even in a backpack, so you don’t have to worry about damaging the Flying Selfie.