The Soliom S60 is an affordable security camera with IR night vision for that is easy to mount and access wirelessly, let down only by a slightly clunky app. If you’re doing home security on a budget, this is a good place to start 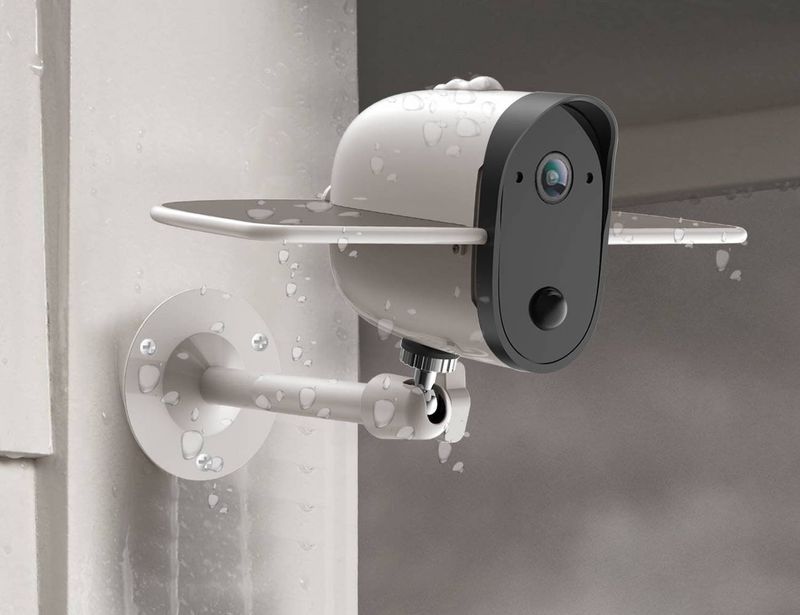 Unlike other solar-powered security cameras that we’ve reviewed, this one doesn’t use a separate mountable solar panel. It has the panels attached the camera’s body.

Having total peace of mind is almost impossible unless you’re a Shaolin monk, but you can work towards that goal by finding ways to remove worries, fears, and stresses.

One way to do that might be keeping an eye on your home, property, pets, and more when you’re not physically with them. 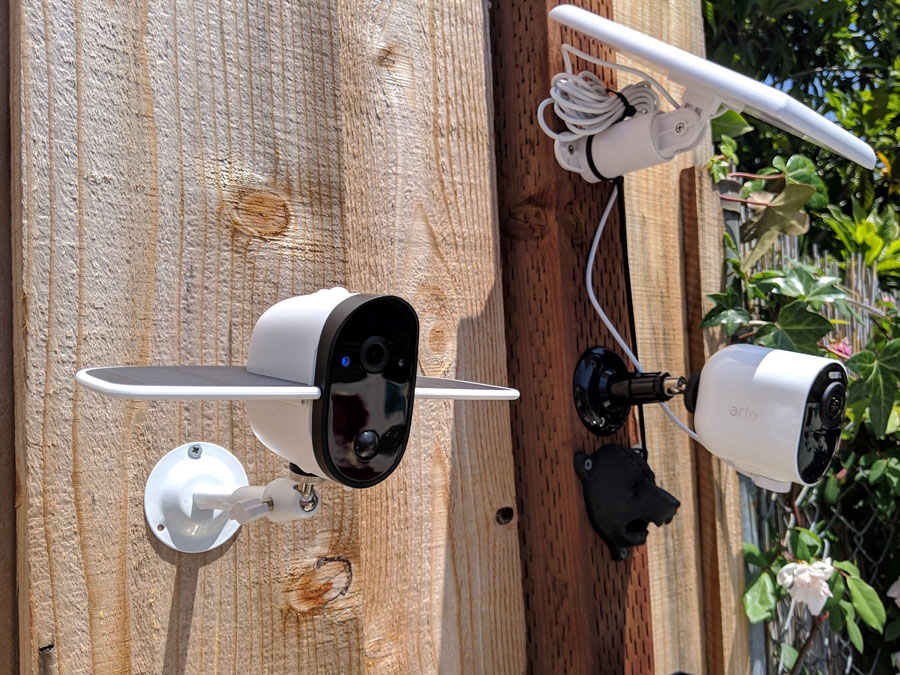 This security camera has a unique design with a removable solar panel that gives the camera a bird or airplane-like vibe.

The camera is between the solar panels and has a 1080p lens, status LED, light sensor, and a motion sensor below the lens.

The bottom of the camera has a threaded socket for the included mounting bracket. Also on the bottom is a micro USB connector to charge the internal battery, a micro SD card slot to record motion events, and a reset switch, all of which are protected by a flexible rubber cover that is designed to keep out moisture from the weather.

You can also see a button near the front of the camera. This is a power button.

Supporting 1080p, the Soliom has good image quality for a still photo. Things are clear enough, and I could read a license place from some 10 feet (3m) away.

Its video quality leaves a lot to be desired, however. Most of the time, the recorded motions are choppy — things either move too slowly or too fast due to missing frames.

More often than not, the recorded video lasted just a few seconds. By the way, by default, the camera record only 8 seconds of footage at a time which is not enough for any security purposes.

The camera’s night vision works, but with similar quality and issues as that of day time 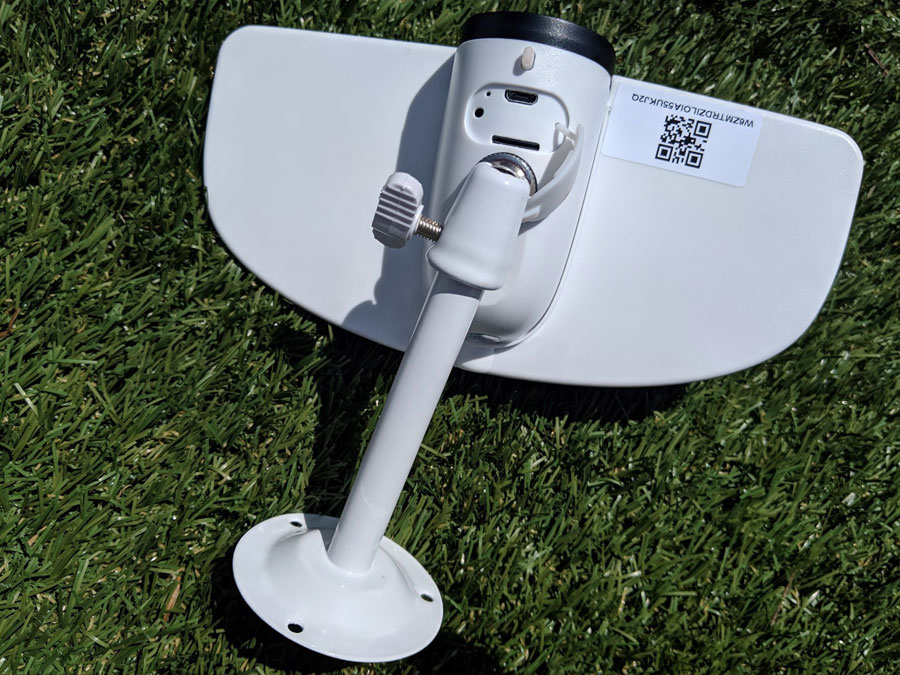 Setting up and connecting the camera to your wireless network is pretty easy. The first step is to make sure you have fully charged the internal battery by using the included micro USB cable.

Then you just have to install the Soliom app on your Android or iOS device and follow the steps.

At one point the app uses sound waves to connect to the camera. It’s a strange way to set up a security camera and I had to try it several times before I was successful, but it did work.

Launching the app will show a thumbnail view (not a real-time view) of the connected cameras. Clicking the thumbnail will go into the live view for that camera.

Why You Should Get It 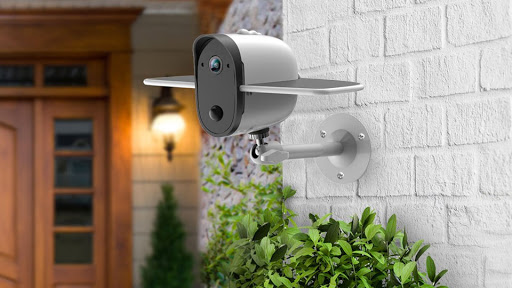 The Soliom S60 is an IP (Internet Protocol) camera, with software and features added to make it suitable for security.

IP cameras are network-connected devices. Some are capable of recording to a local SD card, while for others you’ll need a separate device elsewhere on the network to record data.

With an IP security cam, you can access a video feed of your property on any compatible mobile device, at any time. It’s a great way to ensure your home remains safe and secure. But it might not just be your home you’re interested in.

Although marketed as a security cam, the Soliom S60 could be just as easily used as a baby monitor. You might even use it as a pet sitter. 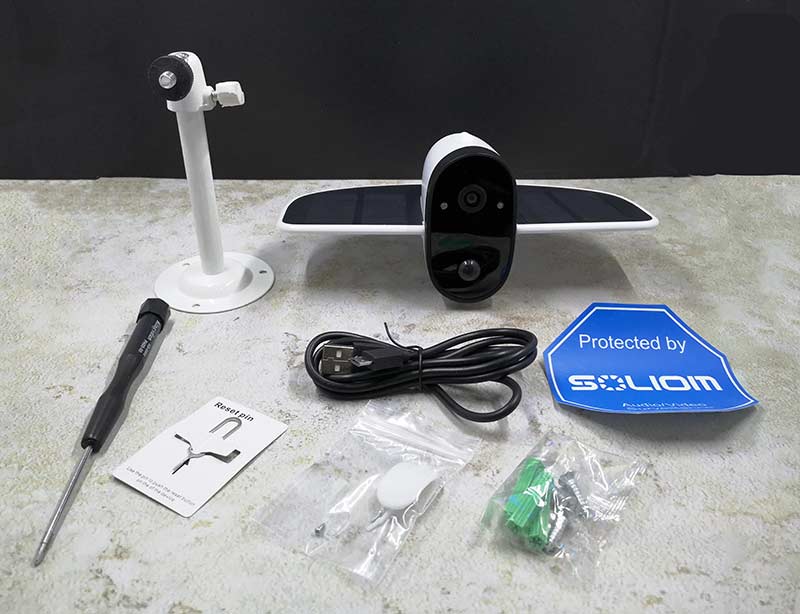 Setting up the Soliom is easy. The camera includes more than enough accessories for you to mount it on a wall.

More because there are three crews, but I only needed one to keep mine firmly attached to a wooden fence. OK, I was just lazy.

Out of the box, the camera’s battery is half-full. Turn it on via the button on its underside, and it’s now ready. The only thing left to do is use the Soliom mobile app to link the camera to a Wi-Fi network.

The app setup part was also a no-brainer in my test. I just needed to follow the onscreen instruction. A couple of things to note: 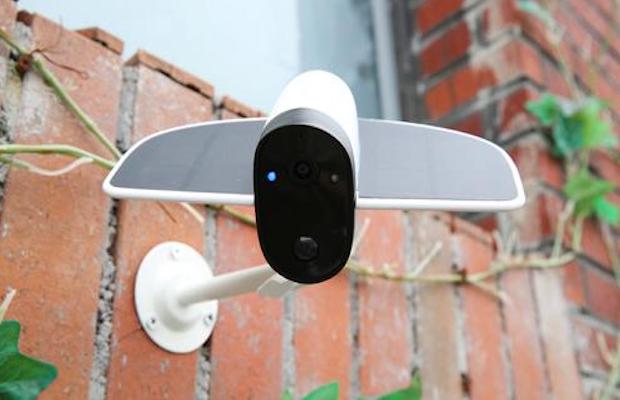 First, the app requires access to the phone’s mic, storage, and camera to work. If you deny access to any of these, it won’t even launch.

This bizarre behavior actually made me concerned about my privacy — you should always think twice before giving any app access to your phone’s camera and mic.

While I understand why the app wants access to the phone’s hardware parts — for example, the mic is necessary for the intercom feature to work –, I don’t see why it would need it.

To make the matter worse, if you manually remove the app’s access to the phone’s storage, that will disassociate the camera with the app, meaning you’ll need to do the setup part again.