Sonos Playbar vs Beam: Which one should you buy?

So you’ve decided you want a soundbar in the Sonos system, but which of the two models should you opt for out of the Sonos Beam vs Sonos Playbar?

Sonos has been around for almost two decades now and it continues to be one of the easiest and high-quality speakers you can ever have in your home. 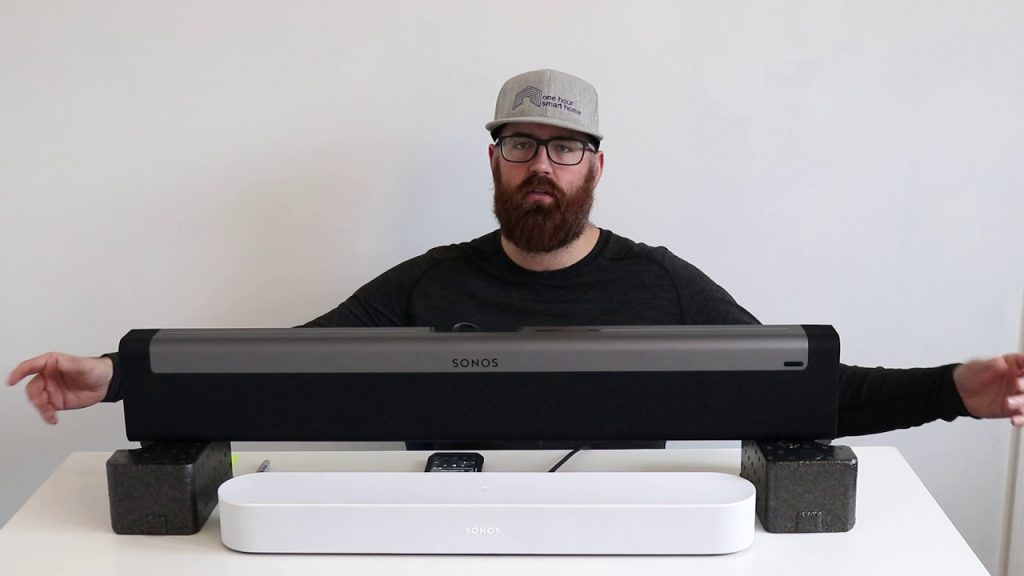 While most people think that it’s just another pricey set of speakers, Sonos proves that it is more than that.

At the heart of their design and technology, Sonos aims to be a leader in wireless connectivity, audio quality, and user experience.

There are popular home speakers often compared to each other. Yes, you guessed them – these are the Playbar and  Beam. Although the same at their core, they do have slight differences

If you’re curious to know which among the two speakers is the best fit for you, read on to know more about them, their pros and cons, and which works best with what.

The Sonos Beam is designed to be placed on your TV stand, or if you purchase the wall mount accessory, you can securely hang it.

Its design is more refined than the Playbar and it is available in black or white colors, both of which have capacitive touch controls on the top panel with LEDs to indicate status – like many of the newer Sonos speakers including the Sonos One and Sonos Move.

It comes with an HDMI cable to connect to your TV’s HDMI ARC. If your TV does not have HDMI ARC, you can connect using the included optical cable instead.

It also has one 10/100Mbps Ethernet port for wiring directly to your router, if needed, in addition to Wi-Fi.

The Sonos Playbar on the other hand is bigger and heavier than Beam. It is several years older, resulting in a more dated design.

On the rear, in the center, there are two Ethernet ports, optical audio, and a power supply port.

The addition of HDMI on the Beam gives the compact soundbar a lot more control options and a distinct advantage over the older Playbar, as we’ll talk about in the features section below.

We also think the design of the Beam is a lot more attractive, with the smaller footprint making it much easier to accommodate in your home. 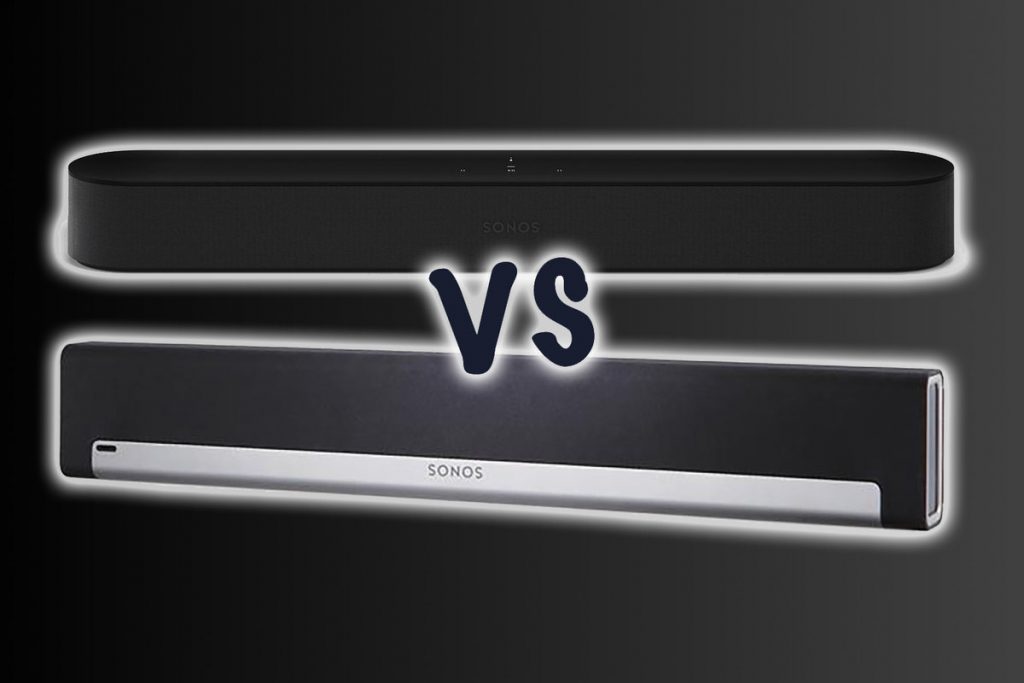 The Sonos Beam has an eight-driver speaker system made up of four full-range woofers, one tweeter, and three passive radiators.

The Sonos Playbar has no microphones, but it does have a nine-driver speaker system made up of six mid-woofers and three tweeters.

There are also nine Class-D digital amplifiers, which are tuned to match the speaker drivers.

Overall, despite the Beam’s compact size, it still delivers in the sound department, though the Playbar offers a bigger sound experience.

The Sonos Beam is the more modern of the two soundbars being compared here, and as such, it has built-in Amazon Alexa and Google Assistant voice control, so it’s fully connected for streaming music.

You can play movies and shows on your TV with the latest Alexa-enabled video streaming devices such as Fire TV, or through Google Chromecast.

It’s also Apple AirPlay 2 compatible, meaning you can use it with Siri voice controls and all your iOS devices.

Playbar does have voice control too, but it requires separate Alexa or Google Assistant devices, such as an Amazon Echo, Google Home, Sonos One or Sonos Move to control it – so it’s not an integrated experience.

Other than that, Sonos Beam and Sonos Playbar offer the same features.

They both run on the Sonos platform, meaning they offer all the features that come with the platform, including access to over 100 streaming services,

Both speakers can also be combined with a Sonos Sub and two of the same Sonos speakers, such as two Sonos One, Play:1, Play:3, or Play:5 speakers for a 5:1 surround sound setup.

It’s pretty hard to get beyond this price difference and we suspect that many will look at that £399 price and find it a much easier commitment than the Playbar. 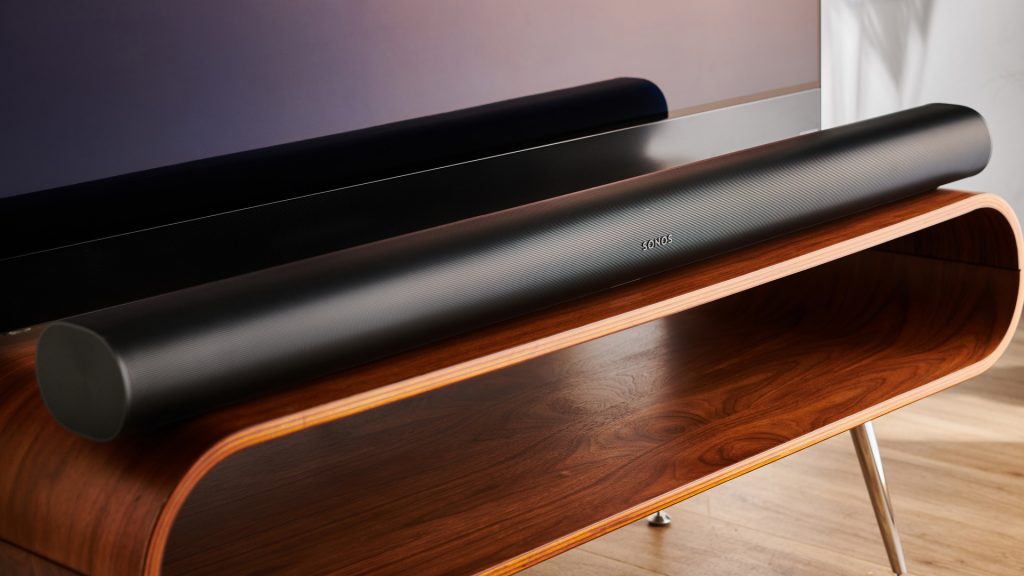 The Sonos Beam and Playbar are both two-in-one speakers, streaming music while also offering cinema sound to your TV.

They can sit below the TV too, but they can also be wall-mounted to sit underneath a wall-hung TV.

They also both offer similar features and functions, though Beam is more advanced and it connects to your TV via HDMI, unlocking the potential for much more control.