Isn’t gaming truly about uncertainty, probabilities calculated as a result from several programmed factors? Would a game really be a game without winners and losers? Many gamers have hated RNGs for its spontaneity. But what truly is it? What does RNG mean? Keep reading we explore this gaming acronym. 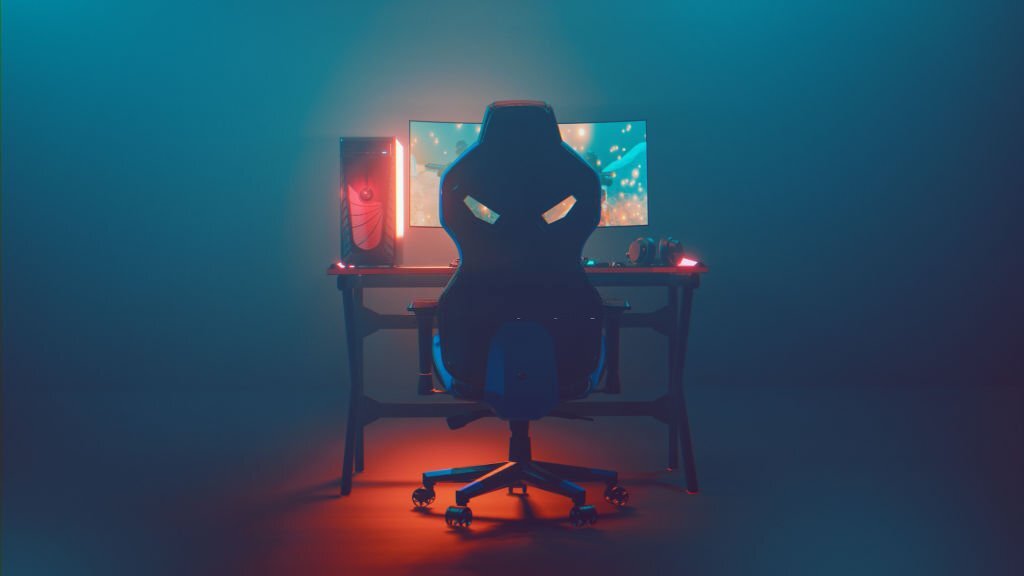 What if rolling dices were predictable? You could think of the probability of landing on all fours or even better, a six? How much fun would you be having then?

What Does RNG Mean?

Not to confuse you with complex algorithms and math, the simplest form of these random number generators can be seen in rolling dices.

Most hard gamers throw this in the trash saying that these algorithms do not show respect to skill and of course experience, when in fact it recognizes only the programming efforts of its builder. Haha!

We’ve created a comprehensive reading for you but to begin, let’s pay our respects!

We naturally attribute gaming to creativity and playfulness but digitally, gaming refers to the act of playing electronic games on consoles, computers, mobile phones, or other devices. Gaming is a complex term that refers to regular gaming, possibly as a pastime.

Although gaming has traditionally been a solitary activity, online multiplayer video games have made it a popular group activity.

A gamer, sometimes known as a hardcore gamer, is someone who enjoys gaming.

Gaming has had many “golden eras,” each of which was thought to represent the pinnacle of its popularity. However, as new technology and games become available, the number of individuals who take part in gaming has gradually increased.

Smartphones and motion sensors are only two examples of new technology that have prompted the development of new game genres.

Gaming RNG has grown so common that the phrase “casual gaming” is now often used to describe those who play regularly, while “hardcore gaming” refers to people who play for long periods of time.

Throwing dice or flipping coins is the most basic form of a RNG.

When you use a single die or coin, each value has the same chance of appearing. When using many dice or coins, the highest and lowest values will have a reduced probability, while the medium values will have a greater likelihood.

The Royal Game of Ur, the oldest known tabletop game, employs four 4-sided dice. Each die has a value of 0 or 1, therefore a single dice throw can cause a number ranging from 0 to 4.

More complicated games contain manuals with a plethora of tables that may determine things at random.

RNGs are less visible and more sophisticated in video games, and gamers may not even be aware that they exist. It may generate a Random Number in a variety of ways, but how do you use one?

To put it another way, employing a RNG is comparable to the dice roll you saw above to decide an impact from a table. You just don’t see the dice being thrown.

You may use a RNG in a video game – video game RNG, to determine what type of treasure a dead adversary will drop, what you can discover in a chest, what kind of random encounter will await you, and even what the weather will be.

RNGs, for example, are used to bring life to open world games without requiring the creators to build every single area of woods, highways, and deserts.

Instead, creators program certain options and leave it to chance to determine what occurs when the player arrives at a specific location on the map.

Will you run across a bear, a troop of wolves, or some bandits? To determine this, the game uses its own form of a dice roll.

To better understand how pseudorandom number generation functions, let’s look at how to create a basic example. 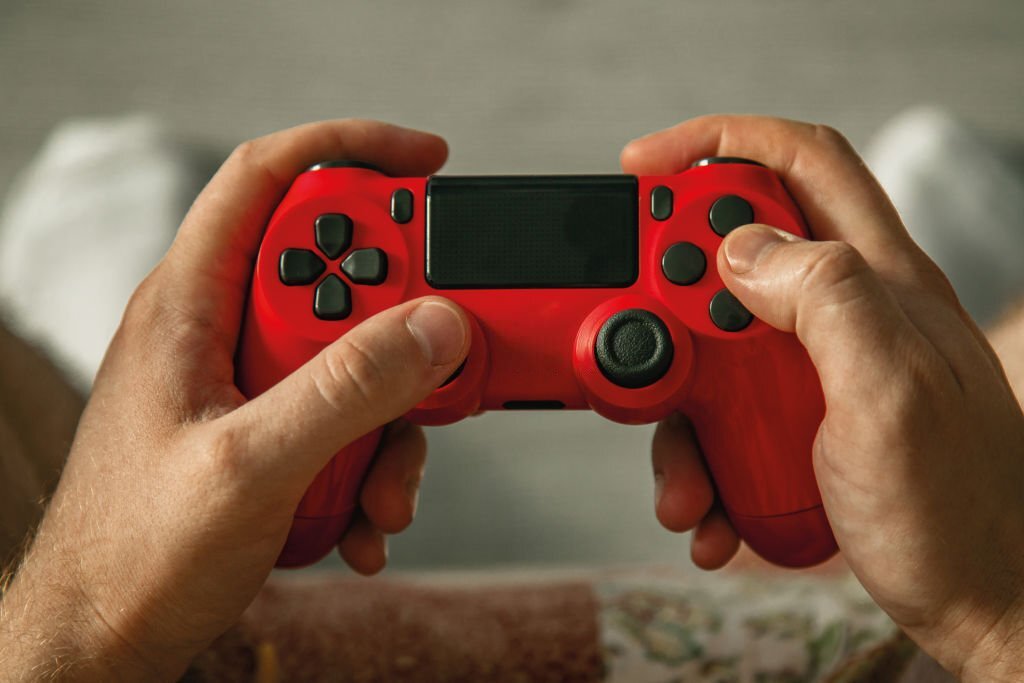 It is randomness that prevents things from getting boring. It’s what sparks interest and encourages players to take risks, and it’s one of the most effective ways to keep a game new.

Consider the Tetris blocks. In Tetris, they pick each brick at random. Tetris would not be as enjoyable, tense, or surprising if they weren’t. There would be no risky or smart movements; only the right move would be made. Tetris would be a never-ending memory game, similar to counting down the digits of Pi.

Even some competitive games, such as Hearthstone, rely primarily on risk-based systems similar to Yahtzee rather than Mortal Kombat. And it’s at this point that RNG becomes a problematic issue.

In a game with a lot of randomness, like Hearthstone, chance might overshadow talent. A skilled amateur can defeat a seasoned veteran. So, what happens if they use RNG in other competitive games, such as CS:GO or DOTA?

You’ll wind up with a lot of irritated players. While you or I might find unpredictability in a combat game entertaining, some competitive players are (understandably) put off by the prospect of losing to Lady Luck.

Consider what might happen if individuals added random power-ups to a traditional competitive game like chess. Chess aficionados believe that this entirely contradicts the game’s aim. A loser may blame their defeat on the “RNG” working in their opponent’s advantage.

How to Code a Random Number Generator

They may find a random function in almost all computer languages. This method returns a random number, and the type of random number it returns is determined by how it is implemented.

Math.random(), for example, returns a random integer between 0 (included) and 1 in JavaScript (not included).

The random module’s randint method returns a whole number in a range in Python (Python also includes a function that accomplishes the same thing as JavaScript’s Math.random).

Consider the following scenarios in a video game: we have an adversary who frequently drops a common item but occasionally drops something unusual. This adversary may be a wolf, which could drop wolf pelts (common) or wolf fangs (rare).

For uncommon things, a middle ground may be a 1 in 25 probability. And, to add to the complication, there’s a one-in-ten possibility of receiving nothing.

You’ll need a function that returns a number between 0 and 1 in this situation.

Let’s examine how we can code this using pseudocode first, so we don’t have to keep to one language. This isn’t a true programming language; rather, it’s a method of decomposing code logic. It’s similar to taking notes in that it’s personal and will have different syntax depending on who writes it.

One could use any language to build the source code now that we have the pseudocode. Let’s look at how to write it in a few other languages, for example:

Some RNG Can Be Manipulated

Random number generators, as previously said, are algorithms. They’re essentially arithmetic puzzles that produce random results. Two plus two always equals four, as you know from your many years of arithmetic knowledge.

They must include variables in an algorithm for it to create random values (like X or Y).

Where do video games gain their variables? It has to keep an eye out for organically shifting local values.

A game might use the internal clock of the console as a variable, as well as the number of items on screen, your character’s name, or even the sequence numbers of buttons you’ve hit since the game began.

A computer can create random numbers in a variety of ways.

They can manipulate these figures in some circumstances since they are predictable. It’s similar to counting cards, but more difficult.

RNG manipulation isn’t common in competitive gaming, but they may find it in vintage RPGs and retro video games (when “RNG” algorithms were simple).

In Final Fantasy, a skilled gamer may count their way into a perfect Pokemon or click apparently random buttons to get uncommon goods.

Considering the good bad, RNG is popular among gamers because it keeps games unexpected and exciting.

Random number generators are an important aspect of the gameplay in many current puzzle games, card games, and role-playing games, and they’ve also been employed well in certain action and multiplayer games.

RNG can be beneficial. Should every planet in Minecraft be the same, or every item in Diablo be the same for every time play? RNG may provide diversity and keep things interesting.

For this reason, games designed for the Esports audience may place a strong focus on skill-based elements.

1. What Is RNG in Video Games?

2. What Is RNG in Video Games, and Why Do People Criticize It?

Ans: “RNG stands for “random number generator” or some variation of that depending on who you ask.

It’s any feature in a game where random chance is the deciding factor over skill and decision making. This is especially frustrating when there is a severe punishment for getting a bad “roll”.

An example of this is the game Darkest Dungeon. There are RNG elements that can do some very bad things to your party and cause the death of its members.”

3. How Can We Reduce Our Consumption of Fuels?

Ans: “Don’t die. Pick up life bonuses on your way through new levels.”

4. What Does RNG Mean in Old School Rune Scape?

Ans: “When My in game Friends Talk About RNG, they would say like this:

So I think RNG is Range skill 😀 In old school.”

5. What Does RNG Mean in Grand Theft Auto Online?

6. Which Is Better, Valorant or Fortnite?

Ans: “I prefer Fortnite but this is definitely apples and oranges.”

7. Is World of Tanks Better than War Thunder?

Ans: “I prefer WoT for one reason-

War Thunder was my first choice, because it included (and focused) on aircraft, and ground forces was a nice addition. Stunning graphics, a wide selection of machines, realism in varying degrees based on which mode you selected, and that ever-present Russian bias made it a pretty darn good game.

Until I started playing it more and noticing that I wasn’t progressing much.

Basically, the grinds take forever- just to get to that next plane or tank. Furthermore, it seemed like the devs weren’t focusing on the main issue- back when I was playing, there were too many things that could be fixed that were just being ignored.

So I switched to WoT. The grinds are faster, but still take a while. Artillery is still unbalanced despite the recent nerf. The new Tier 8 premiums are literally retarded, but at least the devs are attempting to solve some of the issues.”

8. What Filter Material Can We Use to Reduce Emissions from Cars?

Ans: “There is no need for the ICE anymore. It is obsolete. A bag filter big enough to reduce the gases and carcinogens to a healthy level would be much bigger than the car and not fit in traffic.”

Ans: “No, Valorant is not available in single player, it’s a 5 vs 5 competitive shooter game. Maybe there will be some updates in future BUT currently it’s a multiplayer game.”

Ans: “By controlling the sources of randomness the game uses to generate random numbers. In older games, it’s common to use the number of frames since the game began running as a source of randomness, which is something the TASer has complete control over at every time.”

We hope this article has served you with the information to your query. Do well to share this article with your friends to prove that fun point.

This article contains a wealth of useful information. Excellent work. Thank you for informing us about this. Oracle Fusion Financials Training